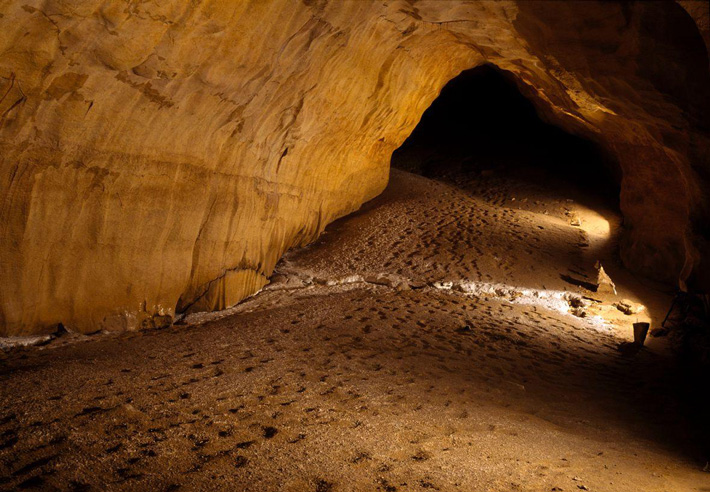 BURGOS, SPAIN—According to a statement released by Spain's National Research Center for Human Evolution (CENIEH), a team of researchers has been able to use digital photography and 3-D scans to study a collection of footprints discovered in the main gallery deep inside northern Spain’s Palomera Cave in 1969. The use of new technology has allowed the researchers to study the more than 1,200 footprints without damaging them. Radiocarbon dating of the remains of torches found in the gallery and along the pathways leading to it suggests when the paths were traveled, said archaeologist Ana Isabel Ortega. The footprints in the cave’s main gallery were dated to between 4,200 and 4,600 years ago. Remains of torches found in the conduits leading to the cave’s main gallery were dated from 6,200 to 6,600 years ago, 7,700 to 7,800 years ago, and 19,000 years ago. Ortega explained that the study offers information about how the subterranean landscape was used over time. To read about 14,000-year-old footprints found in a northern Italian cave, go to "Upper Paleolithic Cave Life."