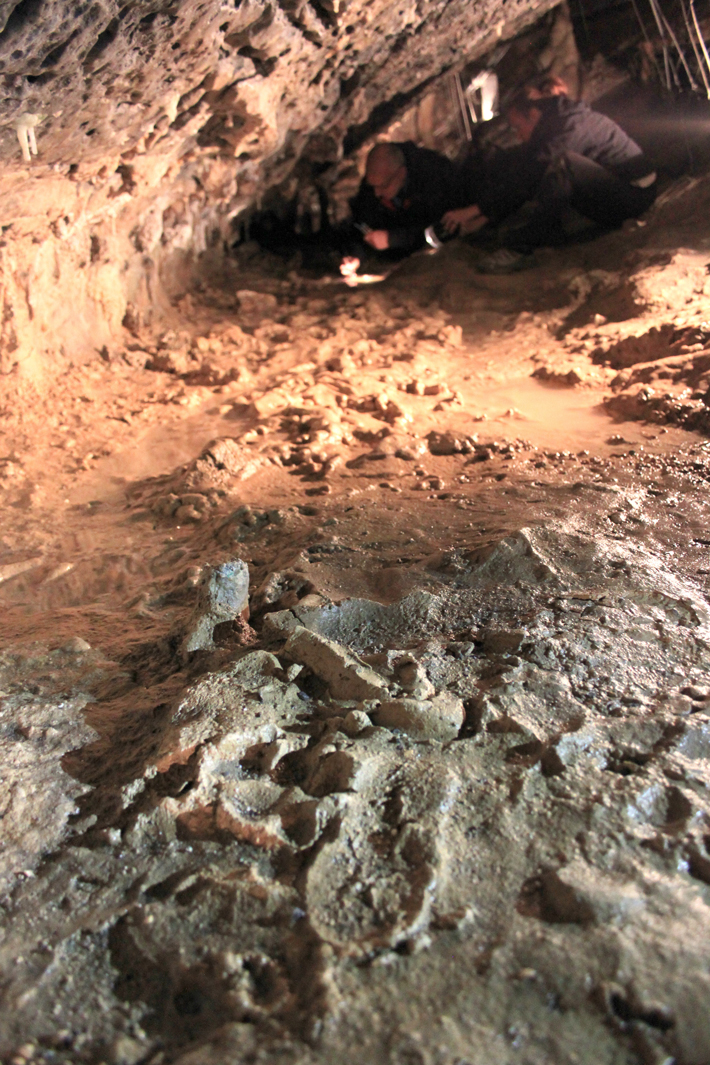 A rare view of family life some 14,000 years ago has been made possible by recent studies and 3-D modeling of the traces left by a group of five people who walked, crawled, and explored their way through Grotta della Basura in the Liguria region of northern Italy. The cave was originally explored in the 1950s, but an international team of researchers recently modeled 180 footprints, as well as finger- and knee prints. They retraced the movements of the group— two adults, one preadolescent, one six-year-old, and a three-year-old—and reconstructed how they explored the cave. They can be “seen” hugging the cave’s edge, crouching down and walkcrawling where the ceiling drops low, and falling into a single-file line, with the three-year-old at the back, in one of the cave’s narrow chambers. In the chamber farthest from the entrance, called the Room of Mysteries, smears of clay on a stalagmite—a sort of Paleolithic finger painting—were made by the two youngest children.