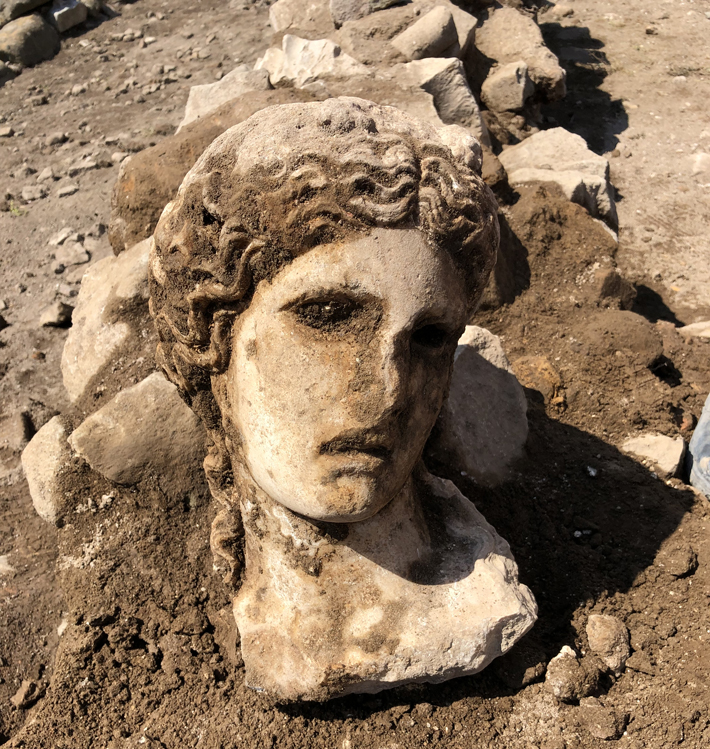 During a construction project to reconnect the market and forum of the emperor Trajan (r. A.D. 98–117) in the heart of Rome, archaeologists have been clearing what remains of the Renaissance neighborhood of Via Alessandrina, which separated the two grand imperial spaces. While dismantling a sixteenthcentury wall, they found a large, ancient marble head that had been reused as construction material. “We think the sculpture represents the god Dionysus and dates to the first or second century A.D.,” says Claudio Parisi Presicce, director of Archaeological and Art Historical Museums of the Archaeological Superintendency of Rome. “The shape of the mouth, tilt of the head, and now-empty eye sockets, which were once filled with glass paste or gemstones, suggest this sculpture was produced by a very fine Greek-style workshop.” The head has since been brought to the superintendency’s restoration lab, where, says Presicce, it will be cleaned, and the remaining red, yellow, and ochre pigments that once covered it will be conserved, allowing all to see how it really looked nearly 2,000 years ago. 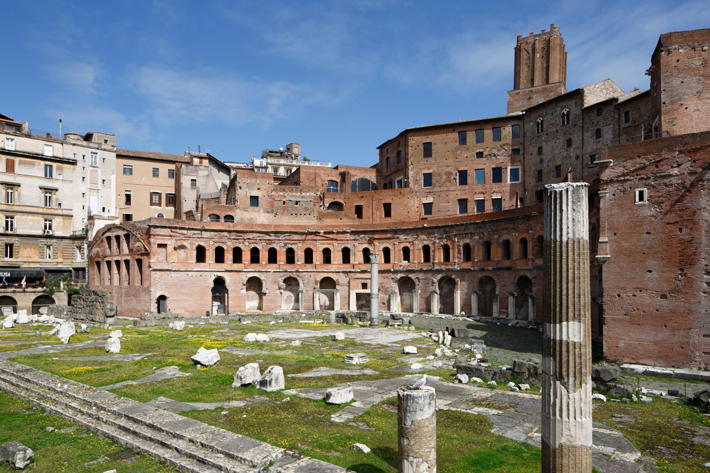