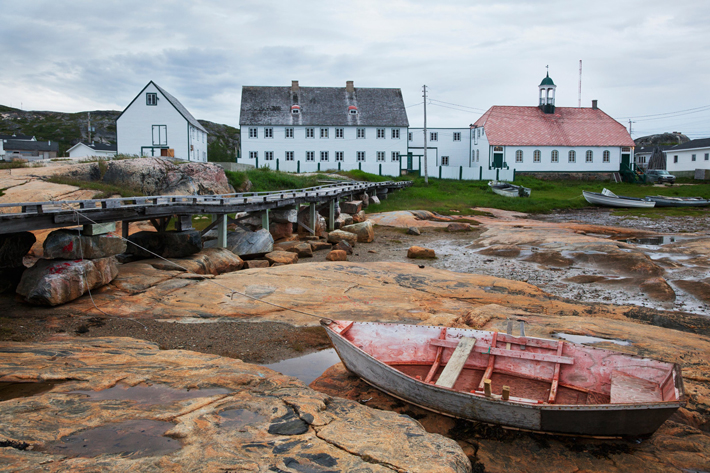 Along the rocky shoreline of Hopedale, in Labrador’s autonomous Inuit region of Nunatsiavut, a community is working to document and preserve more than 500 years of its past. Hopedale, which is home to a population of roughly 600, is celebrated for its postcardworthy complex of wooden buildings constructed by Moravian missionaries who arrived in the 1780s. It was once the site of a major Inuit settlement called Agvituk—“place to find whales”—a large whaling center and nexus for Inuit-European coastal trade from the sixteenth through eighteenth centuries. “Moravian missionaries considered Agvituk to be the Inuit equivalent of Paris or London,” says archaeologist Laura Kelvin of Memorial University of Newfoundland, who is documenting artifacts uncovered at the site and conducting interviews with longtime Hopedale residents.

The Avertok Archaeology Project is led by Lisa Rankin, also of Memorial University, in partnership with the Nunatsiavut government. Its researchers are searching for archaeological evidence of Agvituk. Digging in Hopedale’s historic core, they have uncovered a mix of indigenous and European artifacts dating back to the sixteenth century. To spread word of their findings, some of the younger volunteers have established a robust social media presence for the project. This, Kelvin explains, will serve as a digital community archive of archaeological and traditional knowledge of Agvituk and the surrounding area. “The Nunatsiavummiut youth are the heart of this project,” she says. “Their hard work and dedication to sharing and learning more about their culture is the driving force.”

Hopedale can be reached from the town of Happy Valley-Goose Bay, some 200 miles to the south. There visitors can book travel via regional airline or coastal ferry. Kelvin recommends beginning at the Hopedale Mission Complex and Interpretation Center, where tours of the mission buildings are offered, and artifacts uncovered by the Avertok Archaeology Project are on display. As the legislative capital of the Nunatsiavut government, Hopedale is also home to its assembly building. The building’s facade is constructed to look like an igloo, and its interior features tiling finished with local labradorite stone. After a day taking in the sites, unwind on the patio of Hopedale’s Amaguk Inn for striking ocean views and possible whale sightings. 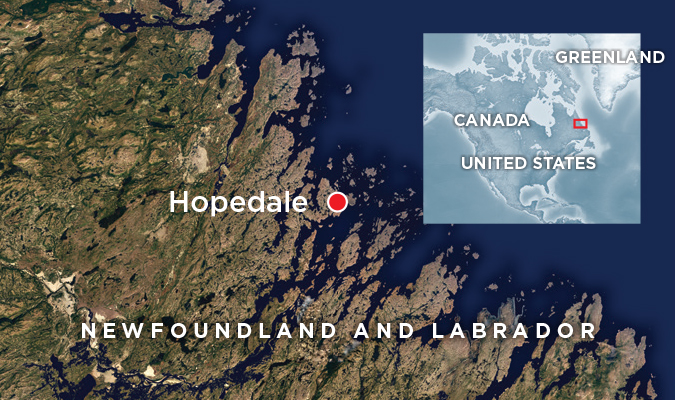 Anglers can enjoy ice fishing in the winter and rod fishing in the summer, and are encouraged to hire local guides, who possess deep knowledge of Hopedale’s diverse marine landscape. In July, the town celebrates the height of its relatively short summer growing season with a rhubarb festival, and, come winter, community members build igloos on the sea ice. When you go, make sure to save room in your luggage for expert carvings and beadwork made by master craftspeople.