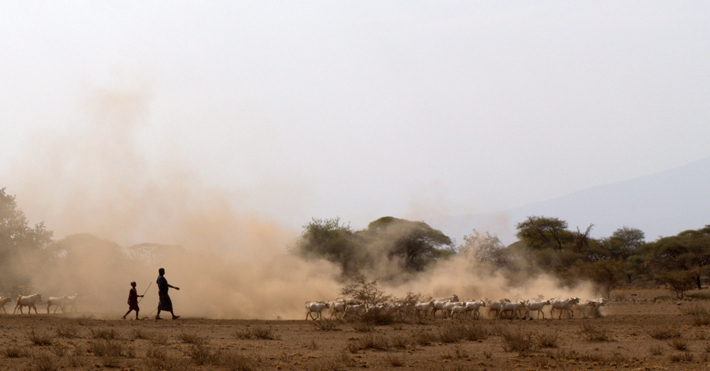 Animal herding, which has been a way of life in northeastern Africa for about 8,000 years, had spread to southern Africa by 2,000 years ago. Whether this pastoral lifestyle was brought south by immigrants or adopted by hunter-gatherers who were already living in the region has long been an open question. In an attempt to find an answer, a multinational team of scientists studied 41 genomes from people who lived in Africa between 4,000 and 300 years ago. The results revealed that pastoralists who migrated from northeastern Africa into eastern Africa around 5,000 years ago had ancient roots in southwestern Asia, northern Africa, or both. At first, they interbred with local foragers, but about 3,300 years ago, once the herding lifestyle had become established, this interbreeding ceased. According to lead researcher Mary Prendergast of Saint Louis University in Madrid, why pastoralists and foragers stopped interbreeding remains unknown.