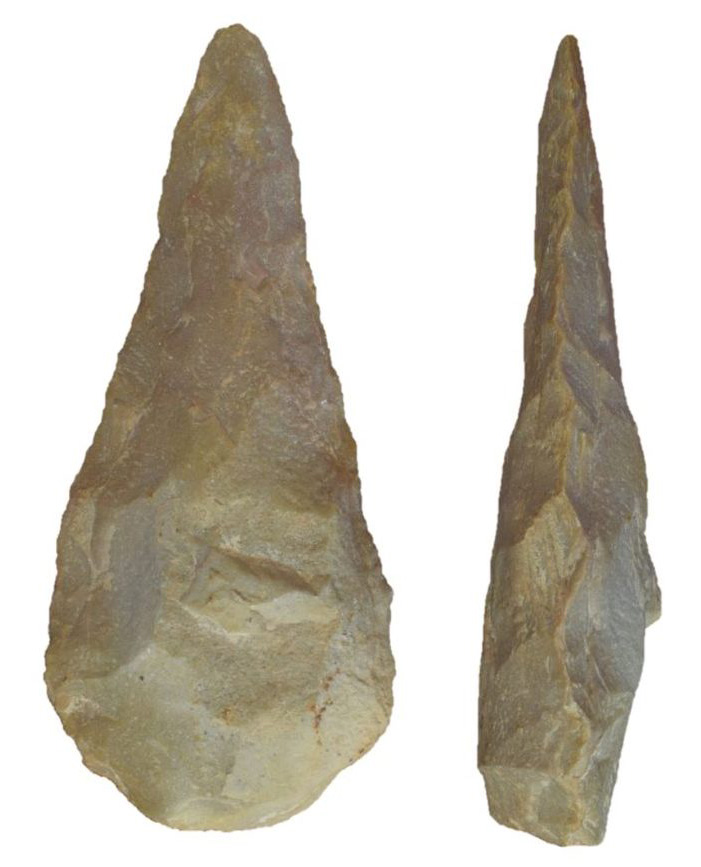 CANTERBURY, ENGLAND—According to a statement released by the University of Kent, Alastair Key and David Roberts of the University of Kent, and Ivan Jarić of the Czech Academy of Sciences applied statistical modeling techniques originally developed for the extinction dates of animal species to dating the possible first appearance of Oldowan and Acheulean stone tool technologies. The model pushes back the origin of Oldowan stone tools by 36,000 to 63,000 years, to between 2.617 to 2.644 million years ago, and the origin of Acheulean technology by at least 55,000 years, to 1.815 to 1.823 million years ago. Key explained that the earlier dates also push back behavioral shifts associated with the use of flaked stone tools, such as the consumption of new foods and the crafting of wooden tools. The new dates could also help archaeologists predict where to find additional early stone tool sites, he explained. To read about the earliest known stone tools, go to "The First Toolkit."