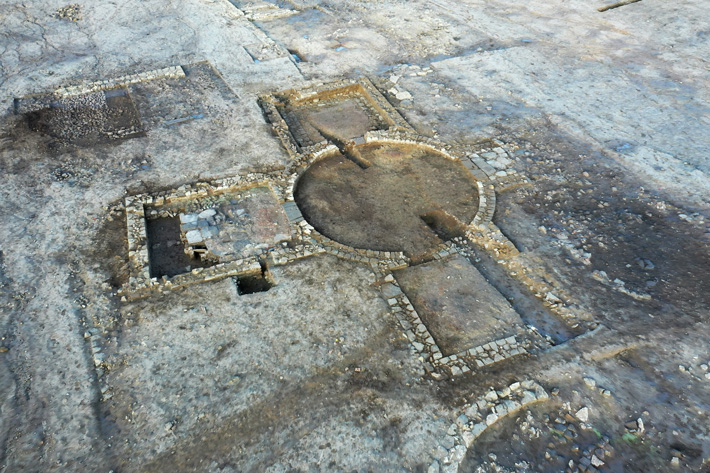 NORTH YORKSHIRE, ENGLAND—BBC News reports that a large villa complex with its own bathhouse has been discovered at a construction site in northern England. Keith Emerick of Historic England said the house, which has a circular central room flanked by additional rooms, is the first of its kind to be found in Britain. The house may have been modified for religious use, he added. The plans for the new construction project have been modified to conserve the ancient structure beneath an open space. To read about how residents of a villa in Gloucestershire embraced aspects of Roman living even after the end of Roman rule of Britain, go to "After the Fall."