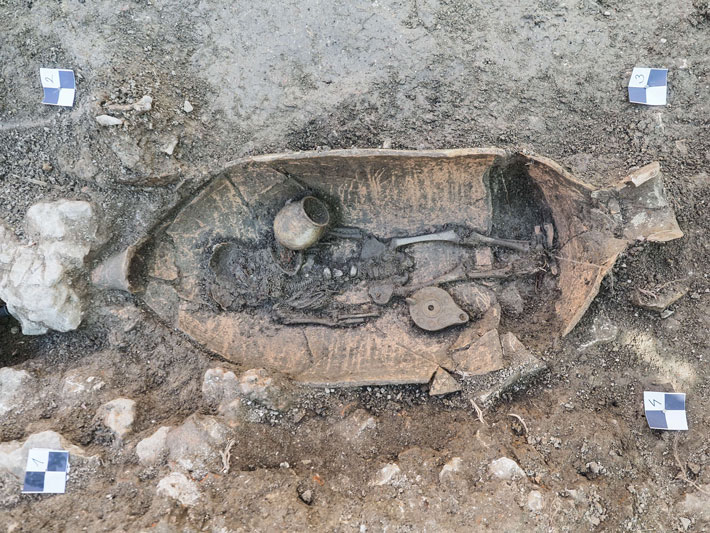 HVAR, CROATIA—Croatia Week reports that a section of stone wall dated to the second century A.D., ramparts and a fifth-century city gate, and a well-preserved necropolis dated to the late fourth century were uncovered by Eduard Viskovic, Joško Barbarić, Marko Bibić, Jure Tudor, Marina Ugarković, and Josip Baraka Perica of Kantharos d.o.o. during excavations ahead of a construction project on the island of Hvar, which is located in the Adriatic Sea. The remains of 12 people were recovered from one tomb made of masonry. Other tomb structures had been fitted with tile roofs. Amphoras were also used for burials. Most of the 20 graves contained jugs, lamps, glass bottles, money, and small utensils, the researchers explained. Read about a 2022 exhibition of finds from the site in Croatia Week. To read about a 15,000-year-old bone pendant found in a Croatian cave, go to "The Venus of Vlakno."