Study Reviews Evidence of Māori Voyages to the Antarctic 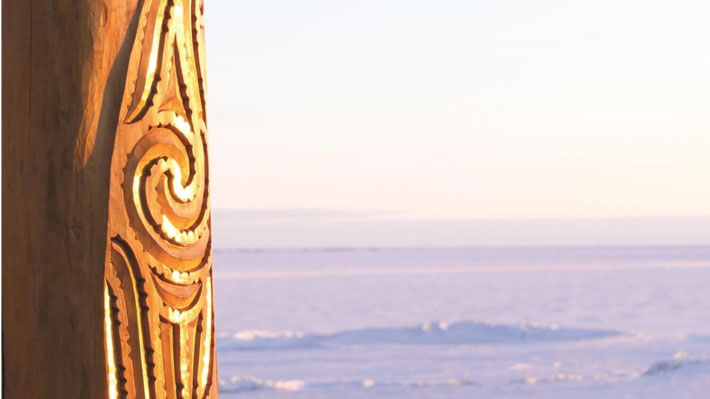 SOUTH ISLAND, NEW ZEALAND—A review of literary accounts, oral history, and carvings and weavings conducted by Priscilla Wehi of Manaaki Whenua Landcare Research and her colleagues suggests that Māori explorers sailed from New Zealand into Antarctic waters as early as the seventh century A.D., according to a Gizmodo report. One Māori narrative records a southward journey taken by Polynesian chief Hui Te Rangiora and his crew aboard the TeI vi o Atea some 1,320 years ago. Hui Te Rangiora described the ocean as Tai-uka-a-pia, or “sea foaming like arrowroot.” He may have been comparing powdered white arrowroot to icebergs, the Wehi said. Other oral histories note a frozen sea and a dark place not seen by the sun. A Māori carved post commemorates the warrior Tamarereti as “protector of the southern oceans” as he “stands on the southernmost tip of the South Island of New Zealand,” she added. Polynesian researchers continue to travel to the Antarctic today, Wehi concluded. Read the original scholarly article about this research in the Journal of the Royal Society of New Zealand. To read about a seventeenth-century Maori village unearthed on the North Island, go to "World Roundup: New Zealand."