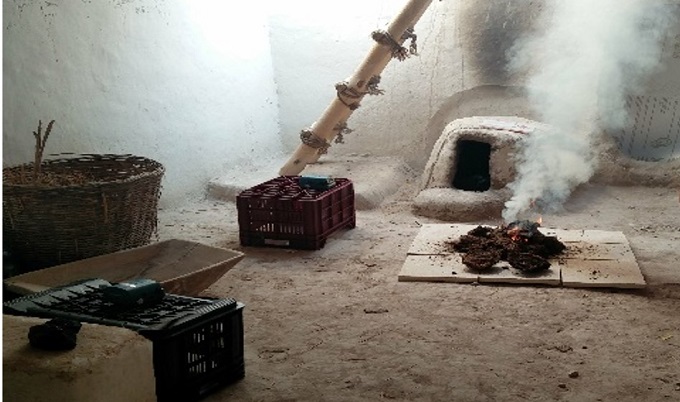 NEWCASTLE UPON TYNE, ENGLAND—According to a statement released by Newcastle University, environmental engineers assisted archaeologists with testing the possible air quality experienced by people who lived in the dwellings at Turkey’s site of Çatalhöyük during the Neolithic period. The residents are thought to have burned wood and dung in domed ovens. Such ovens are usually found set in the south wall of a one-room structure beneath an opening in the roof. The researchers burned different types of fuel in a replica house built at the site in the 1990s. The lack of ventilation in the replica structure produced extremely high levels of fine particulate matter over a two-hour period, and the level of particulates remained high for up to 40 minutes after the fires had burned out. Lisa-Marie Shillito of Newcastle University explained that a person’s position in the room would have had minimal impact on their exposure to particulates that could impact respiratory health. The indoor air pollution may have even traveled from the lungs through the blood stream to cause inflammation in other areas of the body, and may be a possible cause of the bone lesions observed on the remains of many of Çatalhöyük’s inhabitants. To read about an 8,000-year-old female figurine found in a house at Çatalhöyük, go to "Figure of Distinction."