Roman Coins Found on Riverbank in the Netherlands 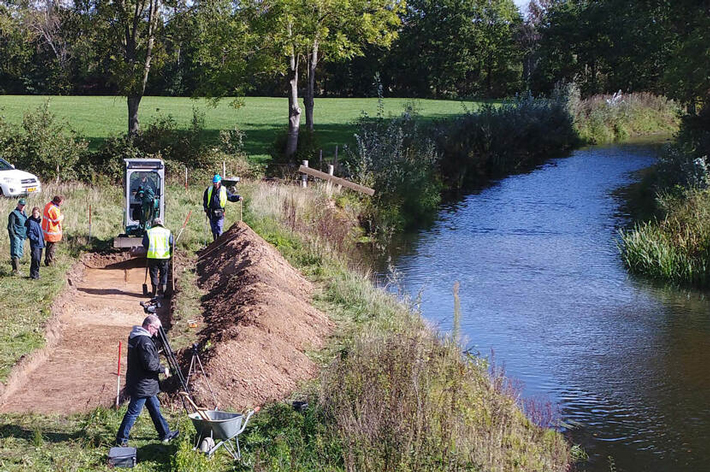 LEIDEN, THE NETHERLANDS—According to a Live Science article, metal detectorists reported their 2017 discovery of more than 100 Roman coins along the banks of the Aa River in the southern Netherlands to the Portable Antiquities of the Netherlands. When Liesbeth Claes of Leiden University and her colleagues went to the site to investigate, they recovered two coins and a bronze pendant from a horse harness to add to the four silver denarii, 103 bronze sesterces, and several axes. Claes said that all of the coins were minted between 27 B.C. and A.D. 180, while the pendant dates to between A.D. 120 and 300. None of the coins was very valuable, she explained, and they were found scattered over a wide area. Research revealed a nineteenth-century document indicating that the spot where the coins were found had been used as a ford. The researchers think the coins may have been offered by Romans who crossed the river. “For traders, in particular, it was important to be able to transport their goods safely to the other side,” Claes explained. “And there’s also the fact that in ancient times, rivers always had some sacred connections.” Future excavations could reveal evidence of a passageway and additional offerings. For more on the Roman presence in what is now the Netherlands, go to "Caesar's Diplomatic Breakdown."