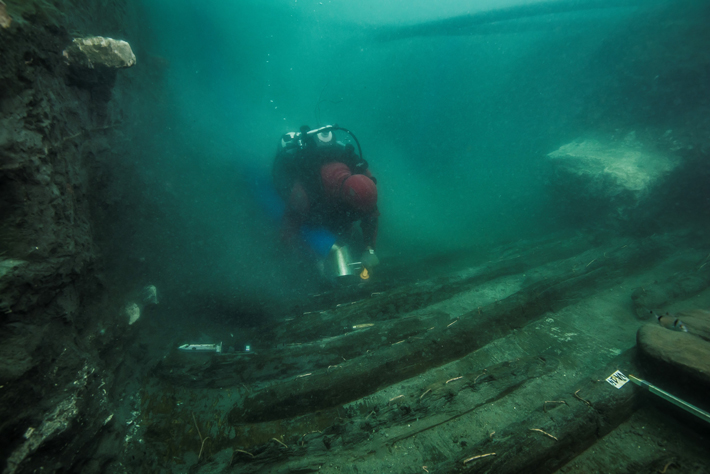 CAIRO, EGYPT—According to a Reuters report, a team of Egyptian and French researchers found the wreckage of an ancient military vessel at the site of Thonis-Heracleion, a now-submerged city along Egypt’s Mediterranean coastline that once controlled the mouth of a western branch of the Nile River. The 80-foot ship had a flat bottom, oars, and a large sail. When the city’s huge temple of Amun collapsed in the second century B.C., it sank the vessel, which was moored nearby. The researchers also identified a funerary area dated to the fourth century B.C., where Greek merchants were buried in their own sanctuaries near the temple of Amun. To read about more discoveries at Thonis-Heracleion, go to "Egypt's Temple Town."