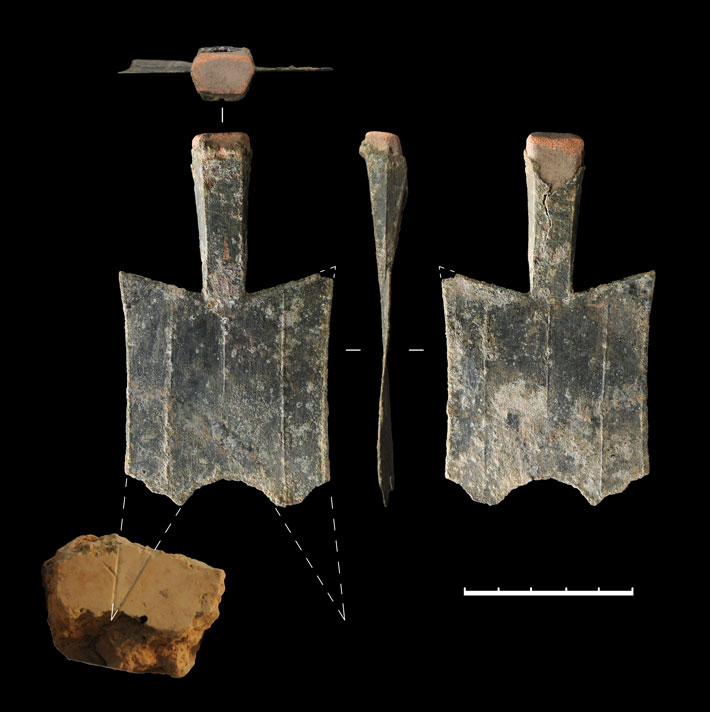 GUANZHUANG, CHINA—ArtNews reports that archaeologists excavating an ancient bronze foundry in China's Henan Province have found the earliest known coin mint. Located near the Yellow River, Guanzhuang was established around 800 B.C. and seems to have been a regional center of the Zheng state. The foundry, which was situated close to the city's administrative center, began to produce ritual vessels, tools, and weapons around 770 B.C. In addition to ceramics, metal debris, and broken or unfinished bronze artifacts, the researchers uncovered two spade-shaped coins and more than 50 clay cores that were used to cast them. Radiocarbon dating of this material revealed that the foundry transitioned to minting coins sometime between 640 and 550 B.C. The clay molds are roughly uniform, indicating mass production of the world's oldest known standardized metal currency. The facility appears to have ceased operations and been abandoned sometime after 450 B.C. Read the original scholarly article about this research in Antiquity. To read about land taxes in ancient China, go to "Ancient Tax Time: Flexible Tax Brackets."