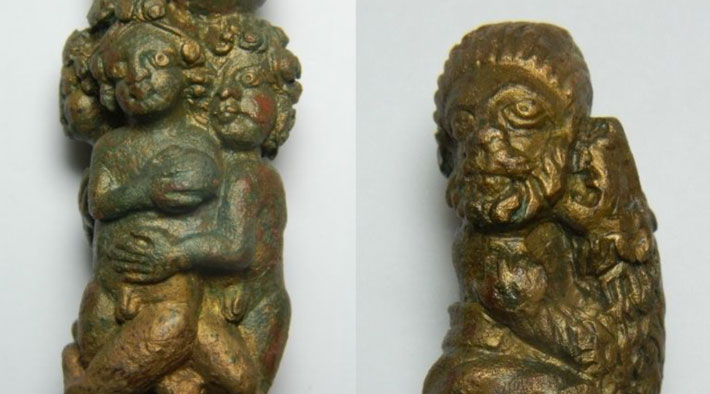 LEICESTER, ENGLAND—According to a BBC News report, Gavin Speed of the University of Leicester and his colleagues discovered a four-inch-long bronze key handle depicting a man intertwined with a lion and four cowering boys at the site of a Roman house in the city of Leicester in 2017. The house had mosaic floors and stood next to a theater. Under Roman law, criminals and prisoners of war could be executed by throwing them to the beasts, a practice symbolizing the destruction of Rome’s enemies known in Latin as damnatio ad bestias. “As the first discovery of this kind it illuminates the brutal character of Roman authority in this province,” said John Pearce of King’s College London, where the artifact was studied. To read about a recently uncovered Roman amphitheater in Turkey where wild animal fights would have taken place, go to "In the Anatolian Arena."