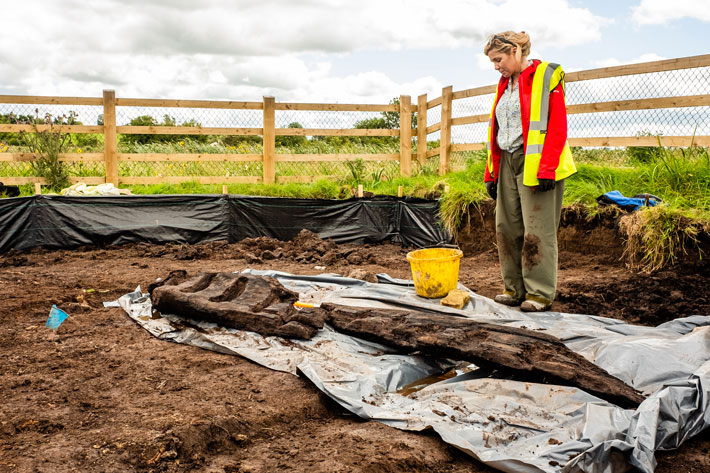 COUNTY ROSCOMMON, IRELAND—According to a report in the Irish Examiner, a 1,600-year-old wooden sculpture measuring about eight feet tall was recovered from a bog in western Ireland by archaeologists working ahead of a road construction project. Made from the split trunk of an oak tree, the figure has a small, human-shaped head on one end and several notches carved into its body. Animal bones and a ritual dagger were also found at the site, suggesting that the carving may have been part of a ritual sacrifice. Known as the Gortnacrannagh Idol, the carving is the largest of its kind found in Ireland to date. “It’s likely to be the image of a pagan deity,” said Eve Campbell of Archaeological Management Solutions. Such sculptures may have even been sacrificed in lieu of humans, added wood specialist Cathy Moore. The idol, which has been radiocarbon dated to between 252 and 413 A.D., is being conserved at University College Dublin and will eventually go on display at the National Museum of Ireland. For more on bogs in Britain and Ireland, go to "Saving Northern Ireland's Noble Bog."