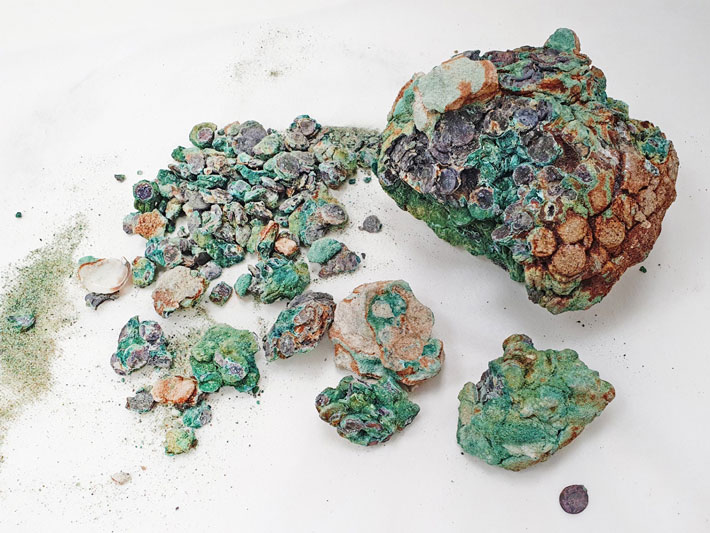 ATLIT, ISRAEL—The Jerusalem Post reports that a cache of 1,700-year-old coins was discovered along the coast of northern Israel’s Habonim Beach by a family on a camping trip. Yaakov Sharvit of the Israel Antiquities Authority (IAA) said the coins might have come from a fourth-century A.D. ship sailing in the Mediterranean Sea. “Archaeological records show vessels were often washed ashore along will all their cargo,” he explained. “The bundle of coins found shows they were packed together and agglutinated due to oxidation of the metals.” The coins have been handed over the IAA. To read about tenth-century A.D. Islamic coins uncovered during excavations in Jerusalem's Western Wall Plaza, go to "Money Talks."