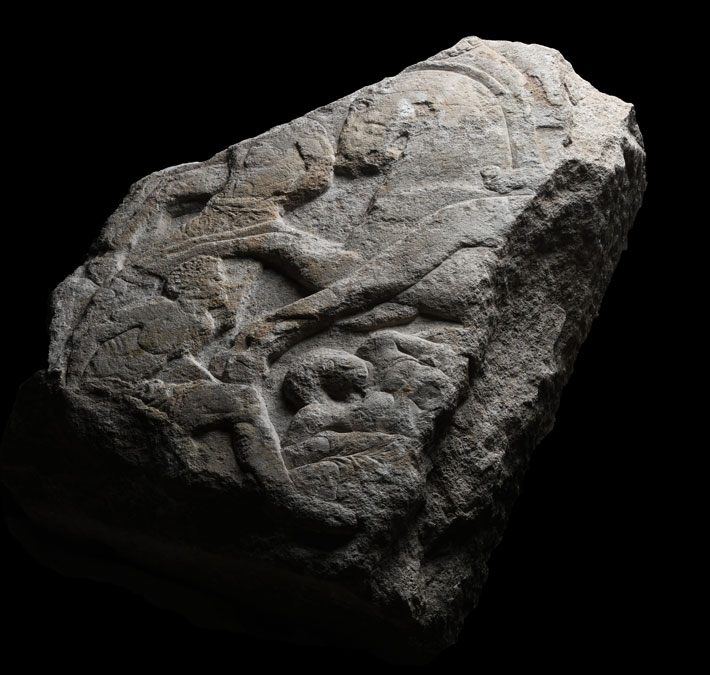 BALIKESIR, TURKEY—The Anadolu Agency reports that a relief dated to the fifth century B.C. has been discovered in northwestern Turkey at the ancient city of Daskyleion by archaeologists led by Kaan İren of Muğla Sıtkı Koçman University. The relief depicts Greek soldiers under the hooves of Persian warhorses. “We think these reliefs were probably made for propaganda purposes during the wars,” İren said. The excavation team has also uncovered a stone and mudbrick wall dated to the eighth century B.C. at the site. This section of wall, thought to have been built by the Phrygians, measures about 13 feet tall, 130 feet long, and 16 feet wide. İren thinks the wall once stood more than 20 feet tall. To read about another recent discovery from Daskyleion, go to "Who Is That Masked God?"