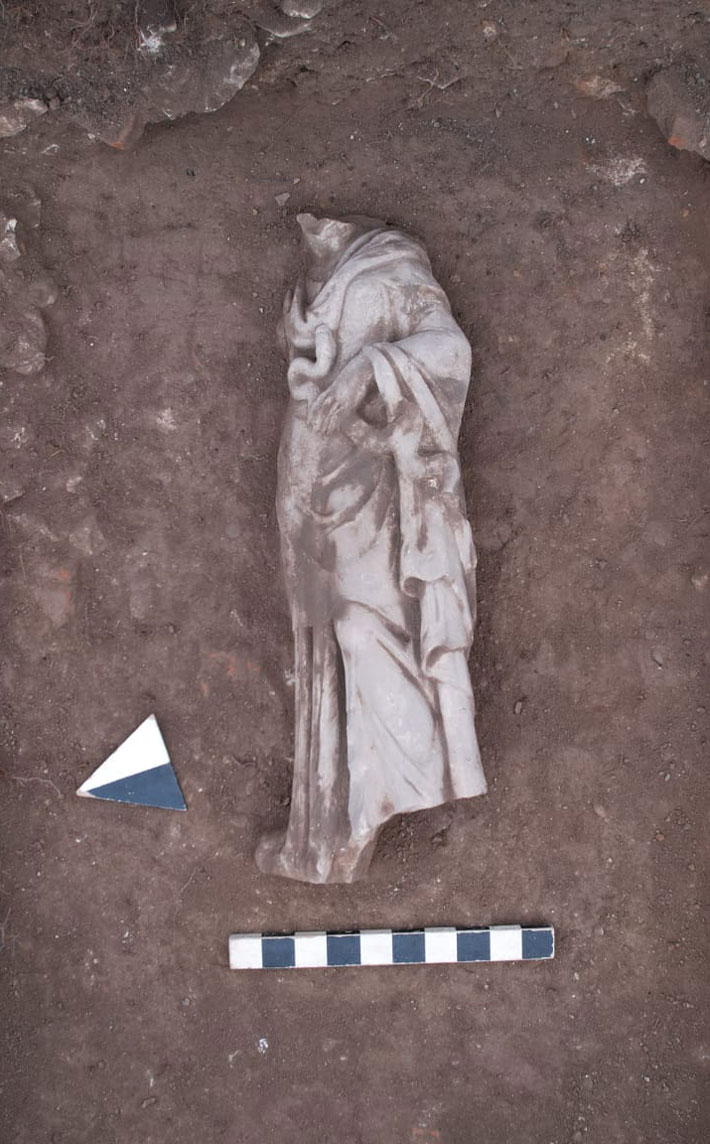 KÜTAHYA, TURKEY—Hurriyet Daily News reports that a life-sized statue has been unearthed in western Turkey at the site of the ancient city of Aizanoi. “We unearthed a statue of Hygieia, known as the goddess of health and cleanliness, the daughter of Asclepius, the god of health in Greek and Roman mythology,” said archaeologist Gökhan Coşkun of Dumlupinar University. The statue, which is missing its head, was recovered from a columned gallery on the south wing of the agora, and may be related to a local, Roman-era health cult, he explained. To read about accommodations for mobility-impaired visitors at the sanctuary of Asclepius at Epidaurus and other Greek healing sanctuaries, go to "To Reach the Gods."