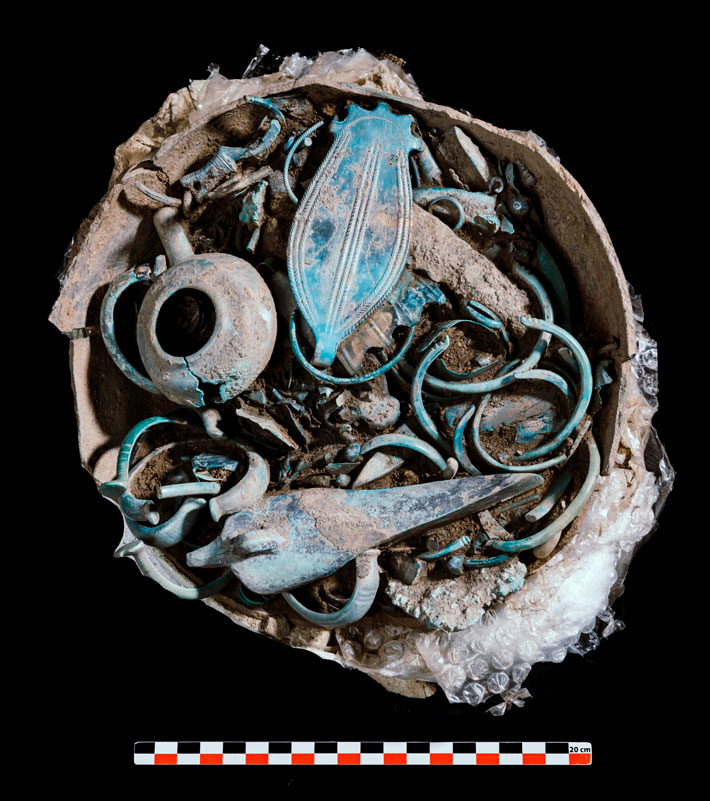 TOULOUSE, FRANCE—According to a report in The Connexion, pottery vessels filled with bronze objects have been discovered at a fortified settlement site in central France that has been dated to 800 B.C. Pierre-Yves Milcent of the University of Toulouse said that two of the vessels held bracelets, anklets, and pendants worn by women or children, while a third contained tools and weapons. Chariot decorations, riding equipment, and wheel parts were recovered from yet another vessel. Each one was topped with bronze axes. “They could be offerings as found in Greece at that time, deposited during the foundation or abandonment of the settlement, to help ensure divine protection,” Milcent explained. To read about ritual activity from the Neolithic period through the Bronze Age at a megalithic site in central France, go to "Megalithic Mystery."