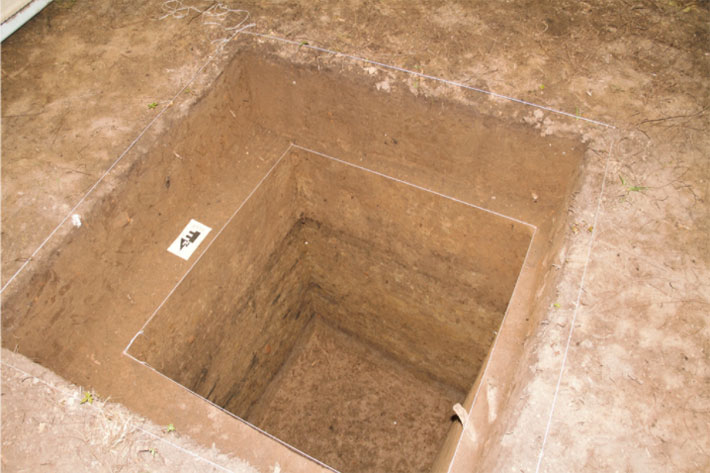 ST. LOUIS, MISSOURI—According to a statement released by Washington University in St. Louis, Tristram R. Kidder and his colleagues conducted a new investigation of a site on Ridge West 3 at Poverty Point, a 3,000-year-old site in northern Louisiana known for its well-preserved, 72-foot-tall earthen mound and concentric half-circle ridges. Artifacts found within and around the ridges suggest that people lived there, Kidder said. New radiocarbon dating, microscopic analysis of soil, and magnetic measurements of soils at Ridge West 3 found no evidence of weathering between layers of soil, suggesting that the earthwork had been built rapidly, he added. These hunter-gatherers therefore had a large, organized labor pool to move such large amounts of earth, he explained. The analysis also suggests that the soil was mixed from clays, silts, and sand to make the structures strong and erosion-resistant. Read the original scholarly article about this research in Southeastern Archaeology. For more on Poverty Point, go to "Archaic Engineers Worked on a Deadline."