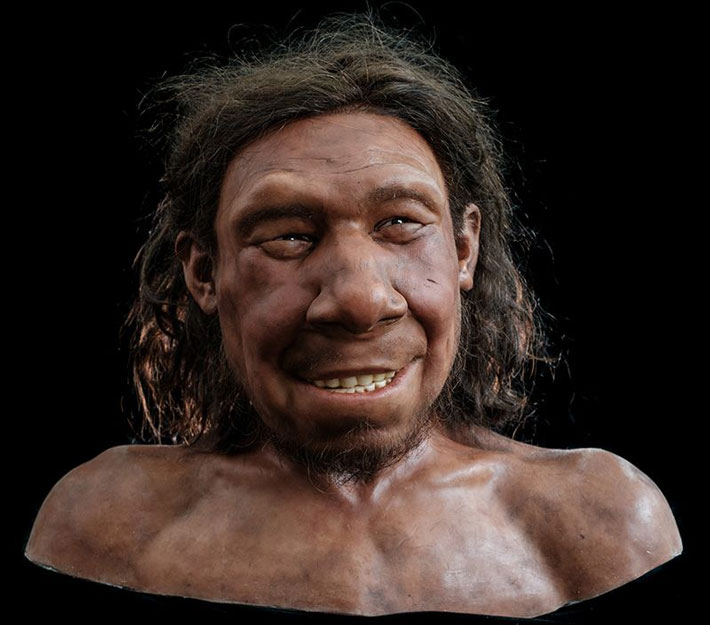 LEIDEN, NETHERLANDS—According to a Live Science report, researchers from Kennis & Kennis Reconstructions have reconstructed the face of a young Neanderthal man, dubbed “Krijn,” from a piece of skull recovered from North Sea sediments collected off the coast of the Netherlands some 20 years ago. They used other Neanderthal skulls and previously collected data on Neanderthal eye, skin, and hair color to assist with the facial details. The young man is thought to have lived in Doggerland, the now-submerged region between the United Kingdom and continental Europe, between an estimated 50,000 and 70,000 years ago. Analysis of the piece of bone suggests he ate a diet heavy in meat, and that he had a small intradiploic epidermoid cyst above one eyebrow. Such tumors are usually slow-growing and benign, although they may cause swelling, headaches, dizziness, convulsions, visual problems, or seizures. Krijn’s bust is on display in the Netherlands' National Museum of Antiquities. To read about recent work to reconstruct hominin inner-ear anatomy, go to "Neanderthal Hearing."