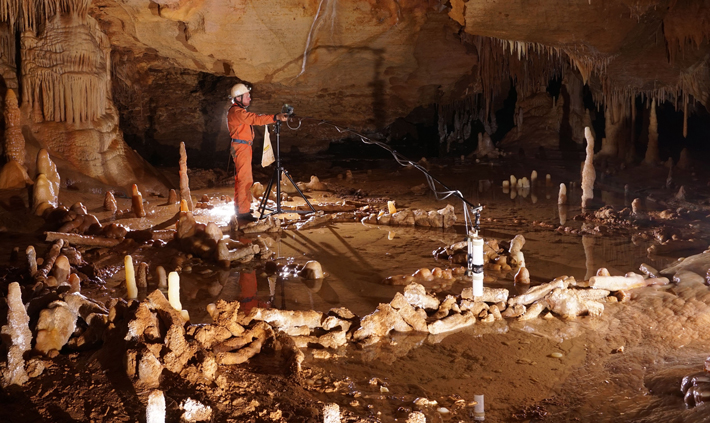 In 1990, cavers in southwestern France reopened a cave that had long ago been closed off by a landslide. More than 350 yards inside the feature, which they named Bruniquel, they found strange constructions made from broken stalagmites. A new study of these structures shows they were built 176,000 years ago, a time when Neanderthals were the only hominins living in Europe. That places these among the oldest structures made by humans anywhere in the world, and the only known surviving ones made by Neanderthals. In the cave, stalagmite fragments were arranged into six structures, some vaguely oval-shaped and others more like free-standing walls. Each of them had been charred by fire. This is also the first evidence of Neanderthals living (or at least spending a lot of time) deep inside a cave, though they often lived near cave entrances. According to the researchers who studied the formations, the Neanderthals who lived at Bruniquel appear to have been more socially organized than others.