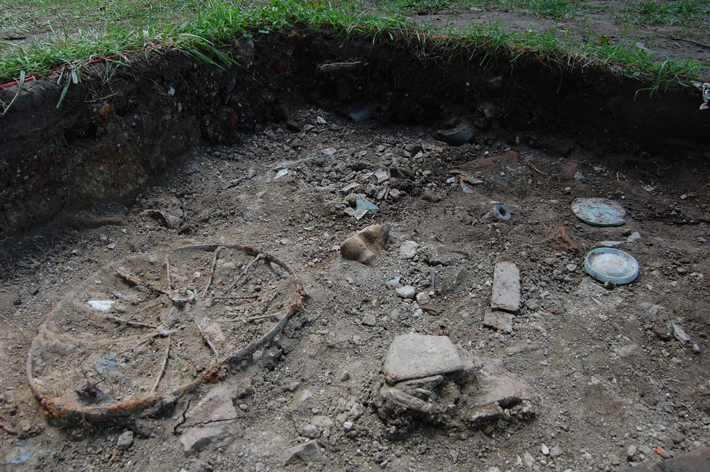 A unique assemblage of circular artifacts embodying both traditional African spiritual symbols and biblical iconography was unearthed by archaeologists Elizabeth Pruitt and Benjamin A. Skolnik on the grounds of a former plantation where abolitionist Frederick Douglass once lived. Excavations beneath a nineteenth-century tenant farmer’s home at Wye House produced objects depicting an African cosmogram—an X inside a circle—and another that is believed to be a representation of Ezekiel’s wheel. Since both symbols signify life and the universe, enslaved Africans may have drawn connections between the two when they were first introduced to Christianity. “West African religion, which features the cosmogram, is transformed through song, visions, and preaching in early black churches,” says University of Maryland archaeologist and project director Mark Leone. “The hypothesis we operate on is that the cosmogram, the circle, and the singing of songs such as Ezekiel Saw the Wheel are all movements to and direct experiences of the divine.”

The excavations at Wye House have been ongoing, and in 2006 deputy editor Samir S. Patel visited the site and wrote about the research, how Frederick Douglass was affected by his time there as a child, and how local descendant communities have learned from the work. To read his piece, go to “A Community's Roots.” 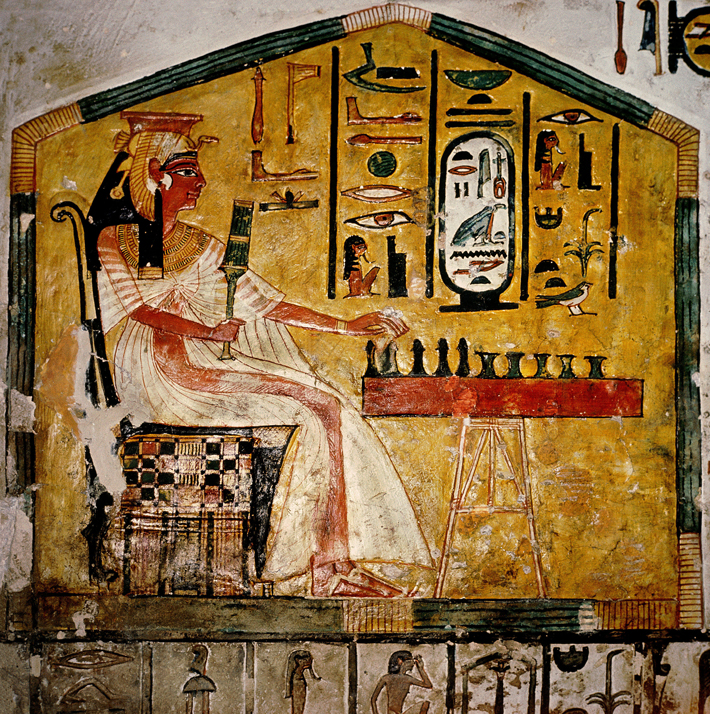 The tomb of Egypt’s Queen Nefertari, the favorite wife of Ramesses II (r. 1279–1213 B.C.), in the Valley of the Queens, was ransacked in antiquity and her mummy torn apart by robbers. Now, a multidisciplinary team has analyzed a pair of legs found in the tomb to determine whether they were hers. Measurements and X-rays of the legs, displayed at the Egyptian Museum in Turin, Italy, have established that they belonged to a woman who was at least 40 years old and stood around five feet six inches tall. In addition, materials used to embalm the legs are consistent with mummification traditions of Nefertari’s time. While radiocarbon dating returned results predating her presumed lifespan by 200 years, Michael Habicht of the University of Zurich notes that this could be due to a broader challenge facing scholars attempting to radiocarbon date samples from Egypt’s New Kingdom. Although the identification is far from definitive, he says, the legs most likely did belong to Nefertari. 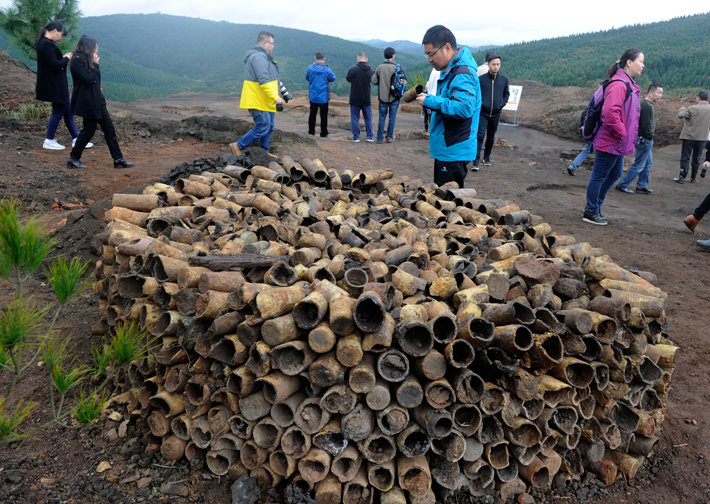 In central China’s Hunan Province, archaeologists have uncovered evidence of a zinc production site dating to the late Ming Dynasty (1368–1644). The finds include large smelting furnaces as well as zinc slag, the by-product of the conversion of zinc ores to pure zinc. Along with India, China was one of the major production centers for zinc between the twelfth and eighteenth centuries, after which the material began to be produced on a larger scale in Europe. 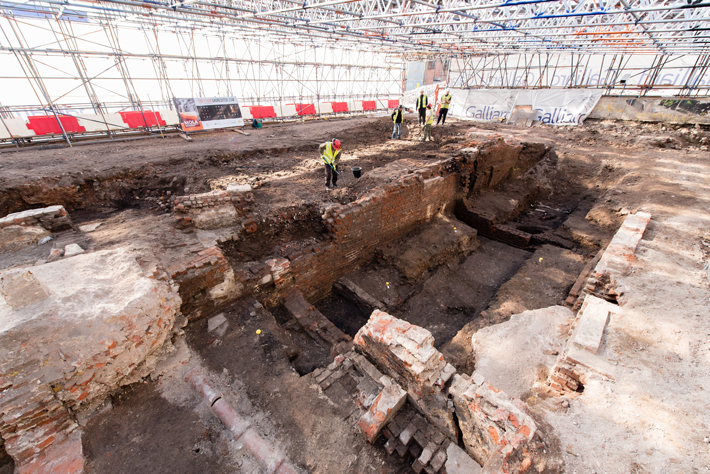 One of London’s earliest Elizabethan theaters has surprised archaeologists and Shakespearean scholars alike with its rectangular-shaped stage, a unique departure from the polygonal style of more famous playhouses such as the Globe. Researchers from Museum of London Archaeology (MOLA) made the discovery while excavating the Curtain Theatre in Shoreditch, East London, on a site set to house a commercial and residential complex, where the theater’s remains will be preserved in situ.

The Curtain, which opened in 1577 and served as the main venue for Shakespeare’s plays from 1597 to 1599, was only the second theater in London built specifically to host performances. Previously, plays had been performed in public houses, inn yards, patrons’ private residences, and even open spaces. MOLA’s excavation shows that the Curtain featured a hidden passageway under the stage where actors could move undetected. Its distinctive architecture has prompted speculation about the Bard’s work from that period. “So many big research questions emerge,” says Heather Knight, MOLA senior archaeologist. “Are people like Shakespeare and his contemporaries writing plays specifically for this kind of stage? Does it lend itself to battle scenes, does it lend itself to having more people on stage, does it affect how they interact?”

Enthusiasm for the Curtain Theatre discovery is sure to cross disciplines too. “Many think of Shakespeare’s era as ‘wrapped up,’ with few new insights likely to change the way we think about Shakespeare the playwright or his plays,” adds author and Shakespeare authority Leslie Dunton-Downer. “The recent archaeological work in Shoreditch demonstrates that plenty remains to be discovered about the Bard and how his plays were performed and attended.”

In addition to the secret tunnel feature, the excavation also produced dramaturgical artifacts such as glass beads and pins—perhaps from costumes—as well as fragments of drinking vessels and clay pipes likely belonging to revelers in the audience and backstage. 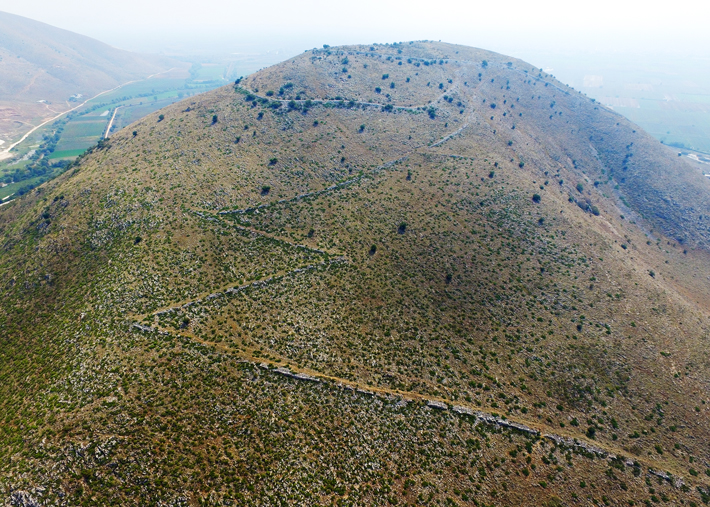 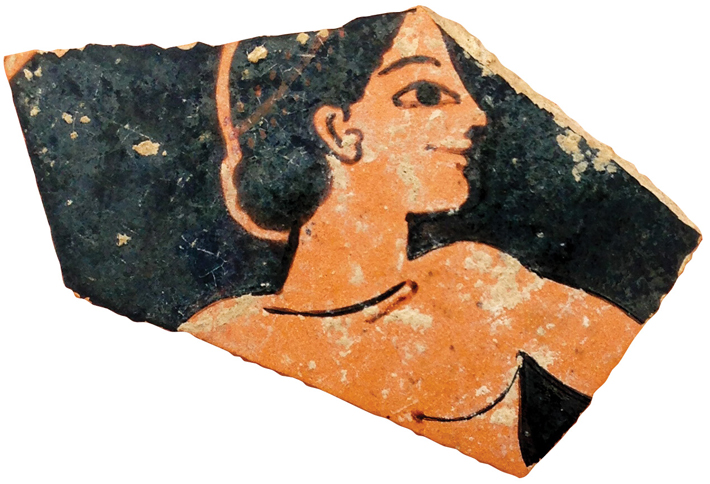 Archaeologists have identified the unexpected remains of a large, 2,500-year-old Greek settlement in western Thessaly. The existence of the hilltop site, near the modern village of Vlochos, had been known for more than two centuries, but had never been systematically investigated. Although large defensive walls were visible in some places, experts had long believed that the ancient settlement was fairly insignificant. This opinion changed when a Greek-Swedish team recently discovered the existence of a complex urban center. The team was stunned when the results of their geophysical survey indicated that the ancient site is spread across 100 acres and boasts an organized, orthogonal, or gridded street plan. Scholars believe that the town flourished in the fourth and third centuries B.C. before being abandoned. “The work at Vlochos gives a rare insight into the development and outline of a typical Thessalian city,” says University of Gothenburg archaeologist Robin Rönnlund. “It shows that even midsize settlements of this region were quite sophisticated in their spatial outline.”