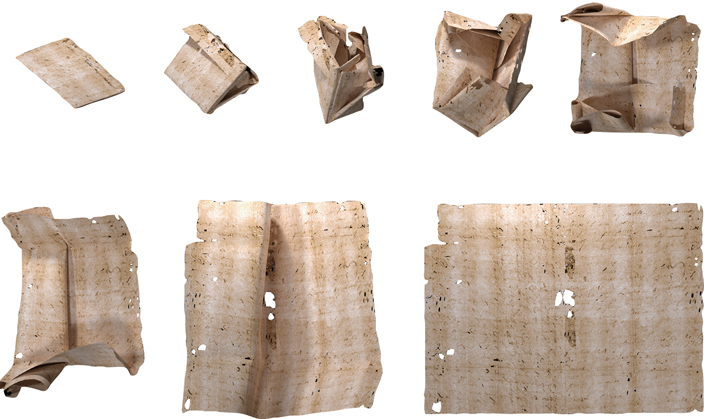 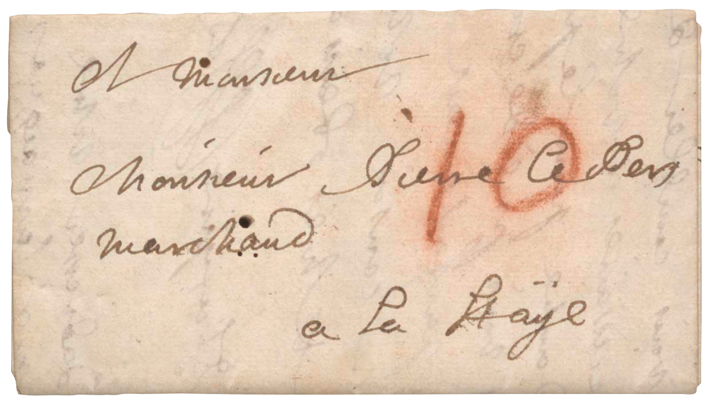 A team of researchers has virtually unfolded and read a letter that has remained unopened since it was mailed more than three centuries ago. Like many letters sent before the introduction of mass-produced envelopes in the early nineteenth century, this missive was intricately folded into a secure packet using a process called letterlocking. All that is visible on its exterior is the name of its intended recipient: Pierre Le Pers, a merchant in The Hague.

The researchers scanned the packet using a high-resolution, high-contrast CT scanner designed for dentistry. The device is able to clearly image substances with very different densities, such as low-density paper and high-density, iron-containing ink. The team developed an algorithm that, along with a 3-D image produced from the scanner’s data, allowed them to determine how the paper was folded. They then “unfolded” it and flattened it into a 2-D image, enabling them to read the original letter without opening and potentially damaging it.

The letter is one of a trunkful of undelivered missives held by two postmasters in The Hague. It was dated July 31, 1697, and written by Le Pers’ cousin, Jacques Sennacques, requesting a certified copy of the death notice of a man named Daniel Le Pers. Sennacques likely sought proof that Daniel Le Pers died before French inheritance laws had changed several years earlier. “Sennacques writes, ‘You didn’t answer my last letter!’” says Daniel Starza Smith, a lecturer in early modern English literature at King’s College London. “Obviously, this one’s gone unanswered, too. The poor guy probably ended up paying more inheritance tax than he needed to.”

To see an animation of the unfolding of a seventeenth-century letter, click below. (The animation is courtesy the Unlocking History Research Group archive.)