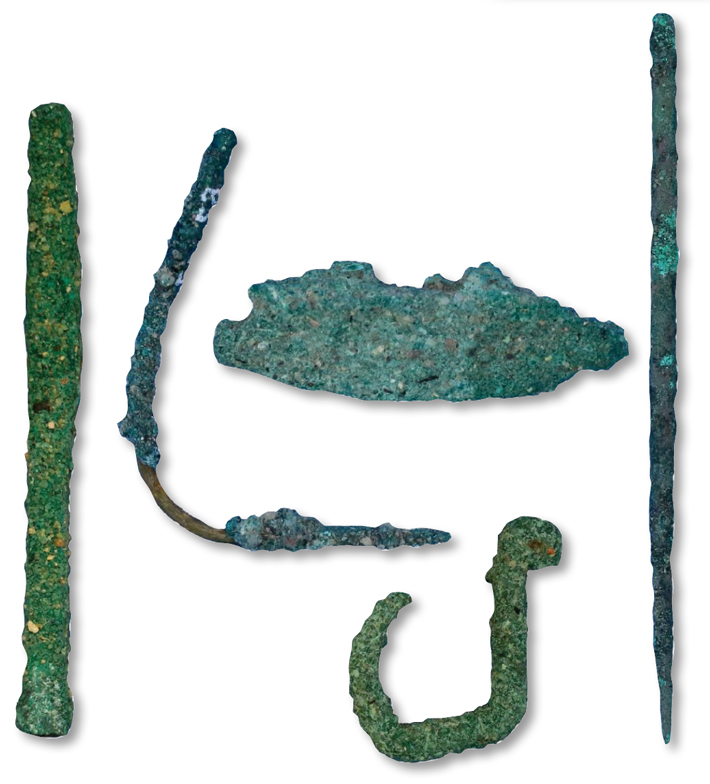 When it was built nearly 5,000 years ago, the Great Pyramid of Giza was the tallest structure in the world, a title it would retain for more than 3,500 years, until it was surpassed by several of England’s medieval cathedrals. The colossal pyramid was originally 481 feet tall and 755 feet square at the base, built of about 2.3 million blocks of quarried stone. Many of the craftspeople who worked on the pyramid lived in a village in Giza, just steps from the enormous edifice. Metalworkers, spinners, woodworkers, fishers, and stonemasons all require tools, 15 of which were found in this workers’ village in the 1970s. These tools have now been closely examined by a team led by Martin Odler of the Czech Institute of Egyptology and Jiří Kmošek of the Academy of Fine Arts Vienna. “The tools offer a window through which we can glimpse the material culture of the people participating in pyramid building and connected projects at Giza during the Fourth Dynasty,” says Odler. 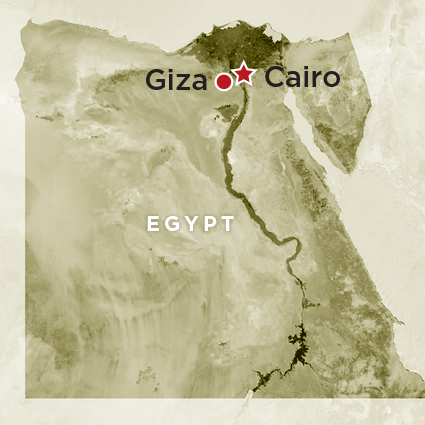 Many copper tools from Old Kingdom Egyptian burials have previously been analyzed, but those the team examined are the first, much rarer, Old Kingdom metal tools found in a settlement to have been carefully studied. “We want to learn about the technology used to produce the tools and their resulting practical properties,” says Kmošek. “Egyptians worked with materials available to them, especially from the Eastern Desert and Sinai. Thus, craftspeople must have developed approaches tailored to these materials.” One such material is arsenical copper—copper with a high arsenic content— which is much harder than pure copper, and which can be made even harder by hammering and annealing. “One of the biggest unanswered questions we have is whether the copper ore already had high levels of arsenic, or whether the Egyptians deliberately added arsenic,” says Odler. “If they did so, it probably implies more sophisticated expertise in the Old Kingdom than we thought was the case.”