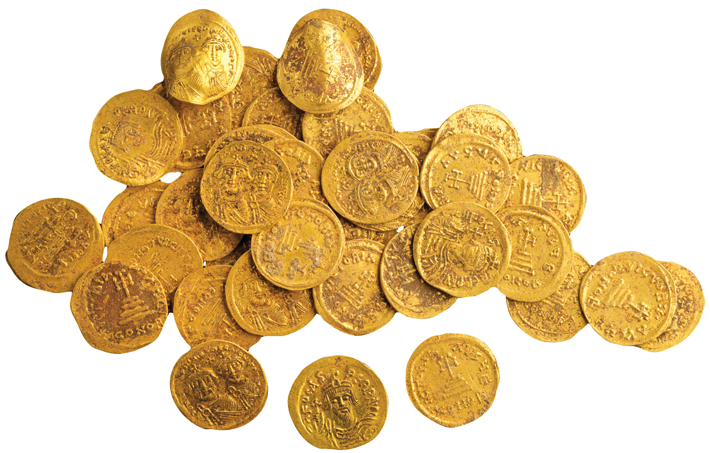 To find a single coin in an archaeological excavation is not especially unusual, to find a hoard of coins is uncommon, and to find a hoard of gold coins is exceptionally rare. Thus, when archaeologist Yoav Lerer of the Israel Antiquities Authority (IAA) discovered a cache of 44 gold coins dating from the early to mid-seventh century A.D., during the reigns of the emperors Phocas and Heraclius, in a wall of a building in the Roman city of Paneas (modern Banias), he immediately began to consider what circumstances might have led someone to conceal such valuable items. The coins, explains IAA numismatist Gabriela Bijovsky, were likely minted in Constantinople, the capital of the Byzantine Empire, and were of a highly regulated denomination known as a solidus. “The solidus was the principal coin of the Byzantines and was in use all across the empire, including the Holy Land,” she says. “The solidus was minted according to two strict standards—it weighed about one-sixth of an ounce and was made of twenty-four-karat gold—and these standards were the reason for its long life and stability.” 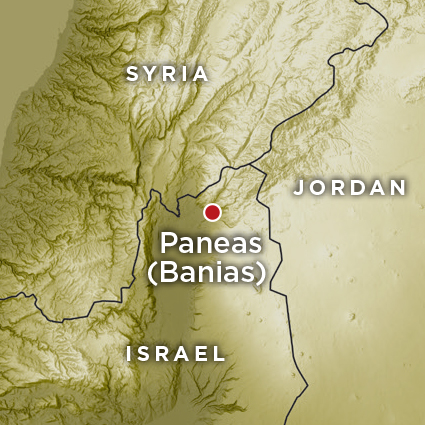 Lerer explains that, although the Muslim conquest of the region between A.D. 634 and 636 put an end to the Byzantine Empire’s control, the dating of the most recent coins in the cache to A.D. 641 indicates that there was probably still a Christian settlement in Paneas at that time. He believes that the Christians, whose homeland had come under new rulers and whose way of life was threatened, responded by concealing the coins. He says, “I think hiding the treasure near the building’s foundations can be understood as reflecting the Christian residents’ fear of the possibility of a direct occupation of the city by Muslim armies or a state of undermined security leading to the threat of invasion by nomadic tribes.”