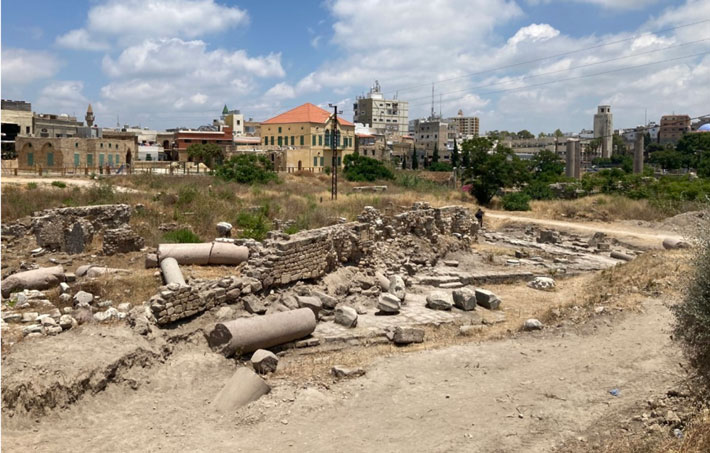 WARSAW, POLAND—Art News reports that an international team of archaeologists has discovered a Roman temple in the acropolis at the ancient Phoenician city of Tyre, a 5,000-year-old site located on an island in the Mediterranean Sea just off the coast of Lebanon. María Eugenia Aubet of Pompeu Fabra University of Barcelona, Ali Badawi of the General Directorate of Antiquities of Lebanon, and Francisco J. Núñez of the University of Warsaw and their colleagues found that the rectangular-shaped temple was first constructed in the early Roman period, between about 31 B.C. and A.D. 193, and underwent a major remodel in the late Roman period, between about A.D. 284 and 476. They have not yet identified the deity that was worshipped in the temple, but “its location on a podium in the most elevated area of the ancient island highlights this building’s particular status,” Núñez explained. The investigation also revealed that the structure was made of sandstone blocks and stood on a platform made of limestone and sandstone. Two 26-foot columns of Egyptian pink granite flanked a vestibule on one side of the temple. Steps to the entryway were decorated with engraved geometric motifs, Núñez added, and there may have been a subterranean chamber near the entrance. The structure was replaced during the Byzantine period by a basilica, which was destroyed by a tsunami in the sixth century A.D. To read about hundreds of Phoenician figurines found underwater off the coast of northern Israel, go to "Offerings at Sea."