Early Humans May Have Transformed Their Surroundings 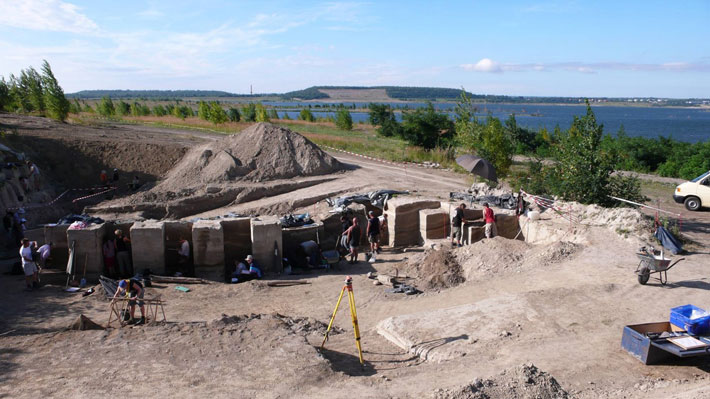 LEIDEN, THE NETHERLANDS—UPI reports that hundreds of butchered animal bones, some 20,000 stone artifacts, and evidence of fire building have been discovered at a 125,000-year-old Neanderthal site in the Neumark-Nord lake basin in central Germany’s Geisel Valley by a team of researchers led by Wil Roebroeks of Leiden University. Samples of ancient pollen at the site indicate that the area had been cleared of trees, while pollen counts in the nearby Harz Mountains show that they were forested. Neanderthals and other early humans, Roebroeks concluded, were a factor in shaping the vegetation in this environment. “We might expect to find other examples of this, especially since Neanderthals and their contemporaries were skilled in fire technology,” he said. Read the original scholarly article about this research in Science Advances. For more on Neanderthals, go to "Neanderthal Hearing."