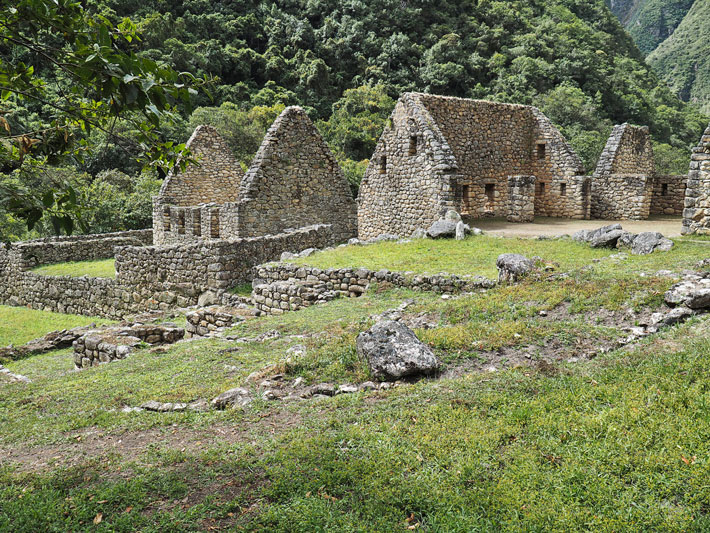 WROCŁAW, POLAND—Science in Poland reports that a team of Polish researchers and specialists from Peru’s National Archaeological Park of Machu Picchu led by Bartłomiej Ćmielewski of Wrocław University of Science and Technology has conducted a lidar survey of the Chachabamba ceremonial complex within Machu Picchu. Several buildings set on a small square, small ritual baths, and a large stone with carved altars, stairs, and a channel for sacrificial liquids are situated in the center of the ceremonial complex. Obtained with a lidar scanning device attached to a drone, the new images of the land surface beneath the cover of tropical forest show several previously unknown structures, according to team member Dominika Sieczkowska of the University of Warsaw. These structures include channels that carried water into the complex from a nearby river and several buildings on the outskirts of the ceremonial complex. “We have a dozen or so small structures erected on the plan of a rectangle and a circle,” Sieczkowska said. “We believe that they were staff residences.” The images suggest these structures had been built with less care than the structures in the center of the complex, she added. Projected water flow through a model of the channels indicates that the supply of water was small and therefore probably for ritual use, Sieczkowska explained. To read about a feat of Inca hydraulic engineering, go to "Machu Picchu's Stairway of Fountains."