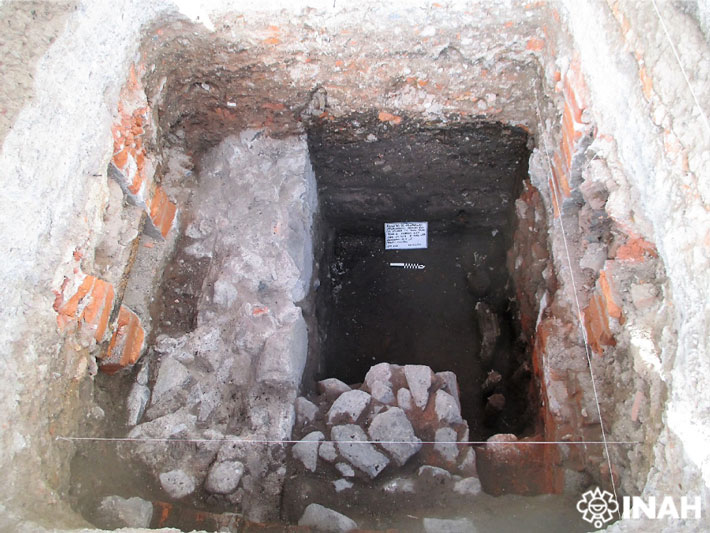 MEXICO CITY, MEXICO—Live Science reports that the ruins of a dwelling dated to about 800 years ago were uncovered during construction work in the Centro neighborhood of Mexico City by researchers from Mexico’s National Institute of Anthropology and History (INAH). When the structure was built, it was situated in a residential and agricultural area on the border of two neighborhoods in Tenochtitlan, the capital of the Aztec Empire. The dwelling covered about 4,300 square feet and had thick adobe floors. Under the floors, two funerary vessels holding the remains of infants, censers for burning incense, and whorls and other tools for spinning thread were found. A statue, which appears to be unfinished, was also found at the site. It may have been hidden in the early sixteenth century around the time of the Spanish invasion, the researchers explained. They also found remains of channels and a jetty where farmers would have been able to load and unload goods from artificial crop lands constructed in shallow lake beds. To read about a new study of an Aztec obsidian mirror used for divination, go to "Reflecting the Past."