Has the Maya Kingdom of Sak Tz’i’ Been Found? 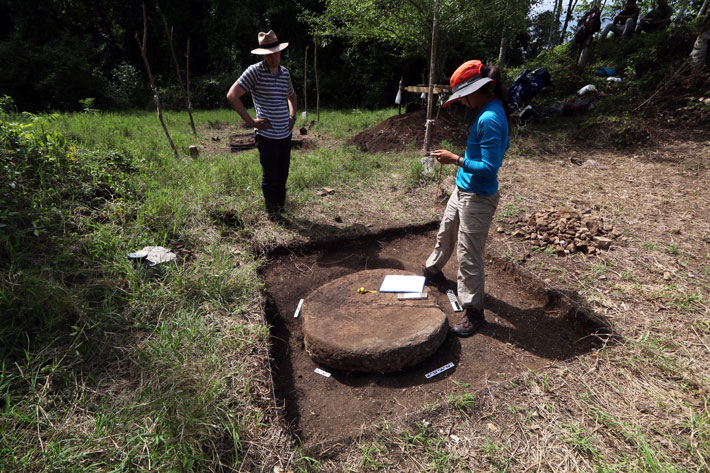 CHIAPAS, MEXICO—According to a report in The New York Times, a fortified Maya settlement thought to be the capital of the Sak Tz’i’ dynasty is being investigated on private land in southern Mexico by a team of researchers including Charles Golden of Brandeis University. The site is thought to have been occupied as early as 750 B.C. until the end of the Classic period, around A.D. 900. Golden said that the ruins cover about 100 acres and include an acropolis dominated by a 45-foot-tall pyramid, temples, plazas, reception halls, a palace, ceremonial centers, and a ball court measuring about 350 feet long by 16 feet wide. Inscriptions from other sites had linked the kingdom of Sak Tz’i’ to the Maya cities of Piedras Negras, Bonampak, Palenque, Tonina, and Yaxchilan. A two-foot by four-foot wall panel recovered at the site, dated to A.D. 775, records the names of rulers, battles, rituals, and a creation account of a flood and a water serpent that may relate to the construction of the city. “The stories touch on the community’s relationship to the surrounding natural environment,” said team member Andrew Scherer of Brown University. “The area is thick with streams and waterfalls and frequently floods.” For more on the site's initial discovery, go to "Around the World: Mexico."