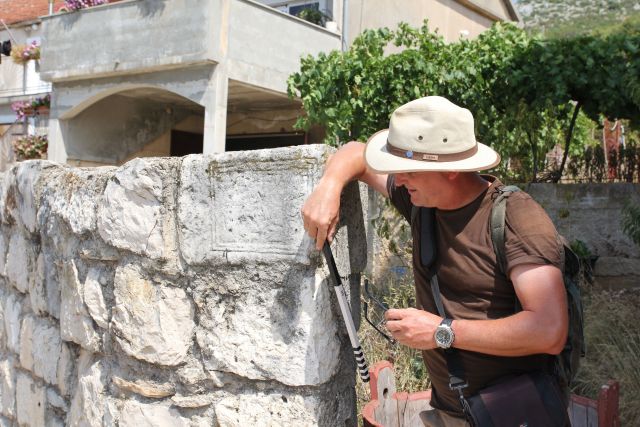 DANILO, CROATIA—The foundations of an ancient building thought to be a Roman temple were spotted during a geophysical survey of the site of an eighteenth-century Christian church in a small village located on Croatia’s southern coastline by a team of Croatian and Polish scientists, according to a Science in Poland report. The site was once the Roman city of Ridit. “The data we have collected indicate that under today’s church and the adjacent cemetery there are relics of a temple, which was part of the forum, the most important part of a Roman city,” said Fabian Welc of Cardinal Stefan Wyszyński University. A medieval cemetery had been set into the site of the forum’s bathhouse and other Roman residential and utility buildings, added project coordinator Ana Konestra. Fragments of Roman monuments had been reused in the stone walls around the graves, she explained. To read about another find from Croatia, go to "The Venus of Vlakno."