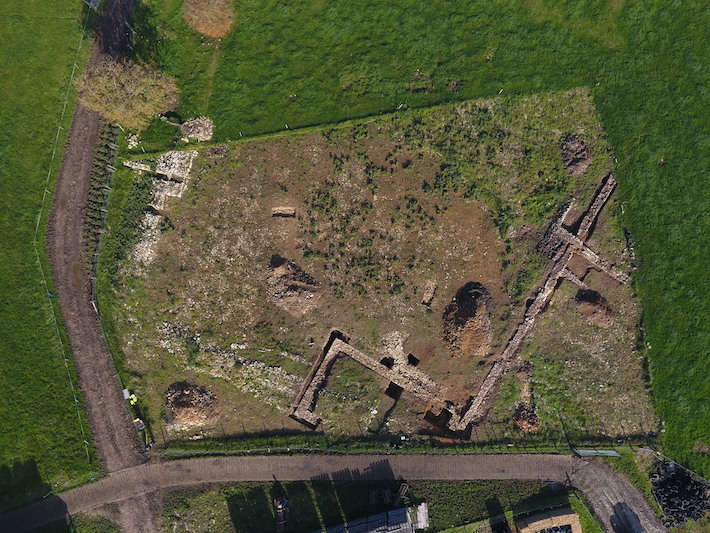 YORKSHIRE, ENGLAND—The Yorkshire Post reports that a team of archaeologists led by John Buglass has found a cellar, glazed roof tiles, evidence of iron smelting, pottery, and jet beads possibly from a rosary in North York Moors National Park at the site of a medieval farm run by Cistercian monks associated with nearby Rievaulx Abbey. The abbey, founded in 1132, was closed during the dissolution of the monasteries under King Henry VIII in 1539. “Whilst it’s not surprising that we found evidence of medieval farming, the prestige and range of the uncovered artifacts points to this being a place of high economic importance,” said Miles Johnson of the National Park Authority. The monks grazed large flocks of sheep on the moors, which stimulated the rapid growth of the wool trade, and diverted the flow of the River Rye to accommodate development, he added. To read about artifacts recovered from Greyfriars, a Franciscan friary in Oxford that Henry VIII also closed, go to "Tales Out of School."