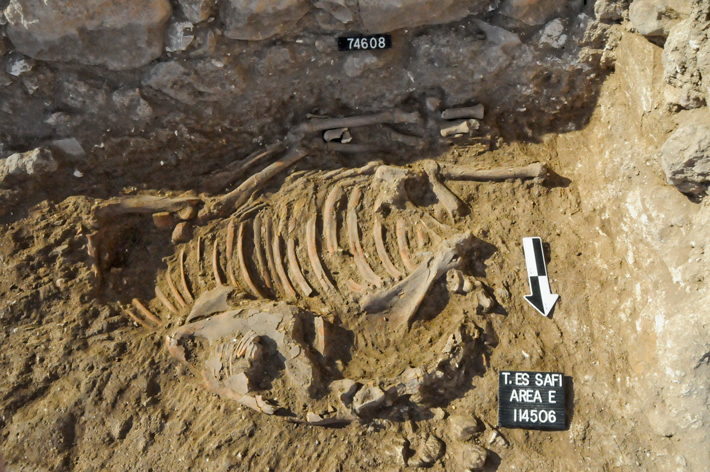 RAMAT-GAN, ISRAEL—Archaeologists have found evidence that ancient Canaanites imported and sacrificed animals from Egypt around 5,000 years ago. Isotopic analysis of donkey, sheep, and goat remains found in Early Bronze Age levels at Gath shows that the animals were born and raised in the Nile River valley and arrived in Canaan shortly before their deaths. “That there were trade connections between Egypt and Canaan in the Early Bronze Age is not new,” said Aren Maeir, head of the excavations in Gath, told Haaretz. “The fact that animals were a part of the trade—and that they went from Egypt to Canaan—is very interesting.” Among the imported animal remains was a complete skeleton of a donkey that was found under the foundations of a residential building. The donkey was apparently sacrificed and then put in place before the start of construction, a practice known from other Early Bronze Age sites in Israel. For more, go to “The Gates of Gath.”