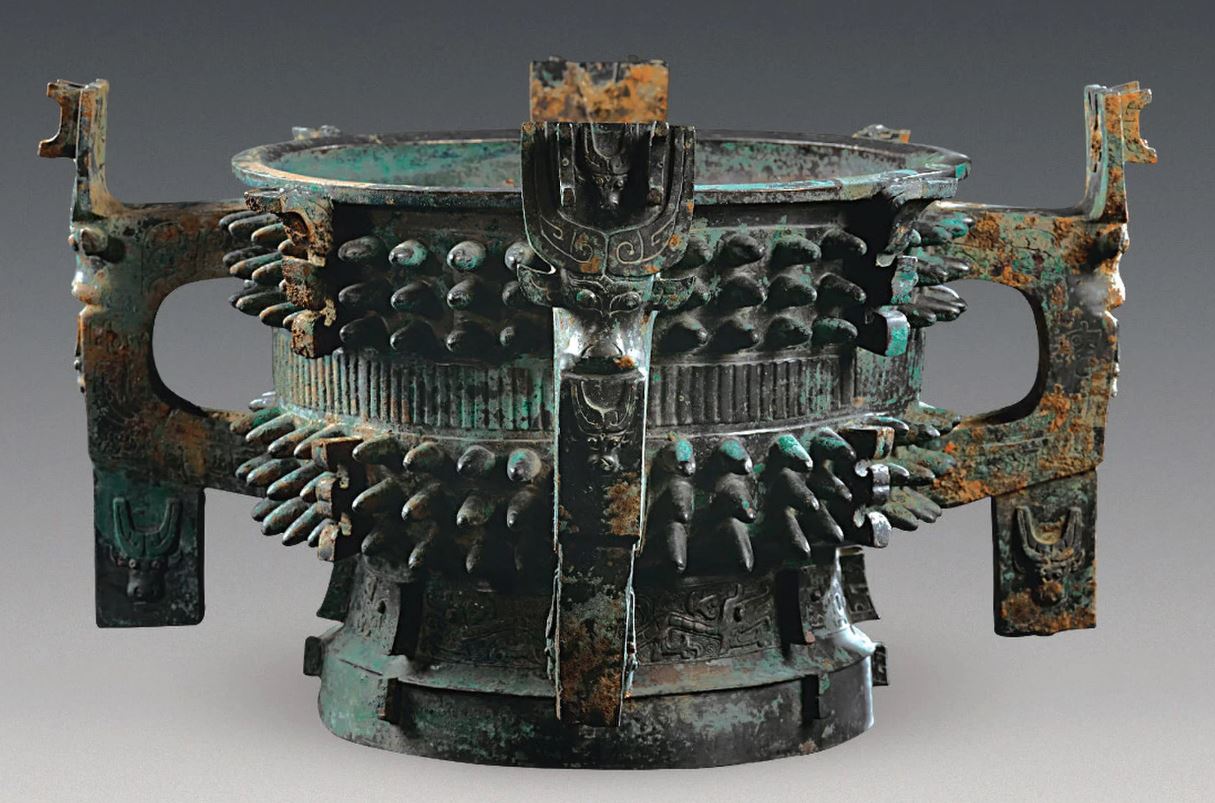 SHAANXI PROVINCE, CHINA—According to a report in Live Science, a 3,100-year-old tomb in a necropolis in northwest China has yielded a collection of heavily decorated bronze ceremonial vessels. Researchers led by Zhankui Wang of the Shaanxi Provincial Institute of Archaeology think the tomb’s occupant may have been a high-ranking chief or chief’s spouse. The vessels may have been spoils of war, since at the time of the burial, the Zhou people were at war with a rival dynasty. The vessels are thought to have been used to serve food during ceremonies. Among the containers are two wine vessels shaped like deer and a four-handled bronze tureen covered with 192 spikes, engravings of dragons and birds, and images of bovine heads. To read about another recent discovery in China, go to “Tomb Couture.”