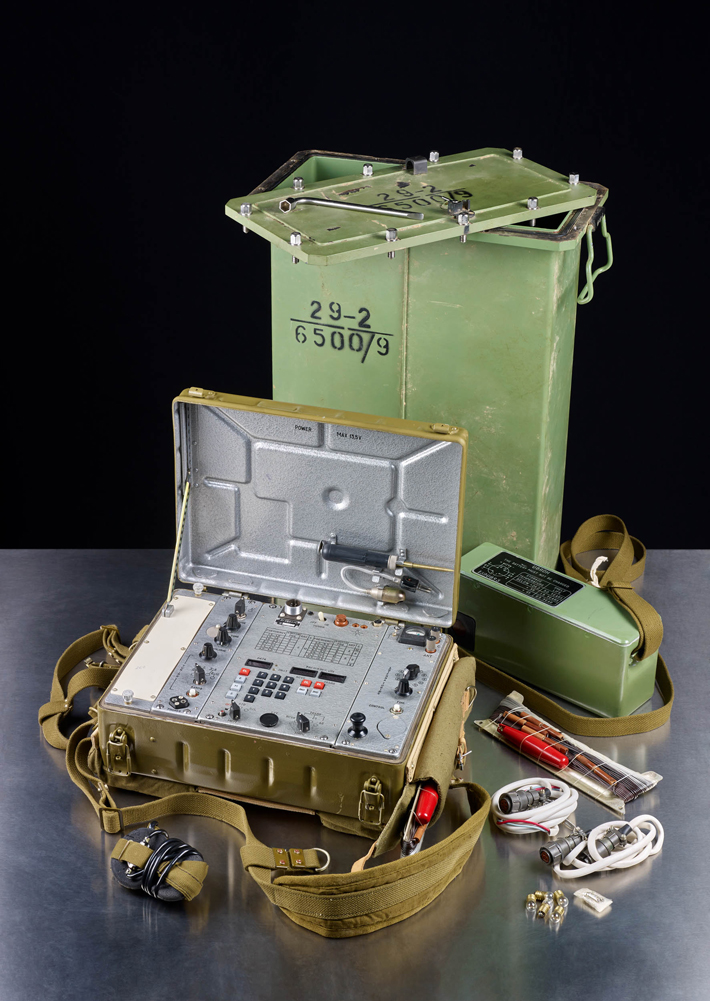 COLOGNE, GERMANY—According to a Live Science report, archaeologist Erich Classen of the Rhineland Regional Association and his colleagues were looking for a Roman villa in western Germany when they unearthed a Soviet spy radio that had been sealed in a metal box and hidden along a path through what was the Hambach Forest, just a few miles away from a nuclear research center and military air base. Manufactured in the Soviet Union in 1987, the shortwave radio, which was still covered in factory wrapping bearing notes on dial positions in Russian script, is a model R-394KKM capable of transmitting and receiving messages over a distance of some 750 miles. “We think the radio will work if a new battery is available,” Classen said. The radio itself is labeled in English with the Roman alphabet, and was perhaps intended for use by a German or English speaker before the collapse of the Soviet Union in 1991. Classen and his team suggest the radio was never used, however, and may have been stowed away as a backup device. To read about the discovery of Soviet nuclear warhead bases in the forests of Poland, go to "Cold War Storage."