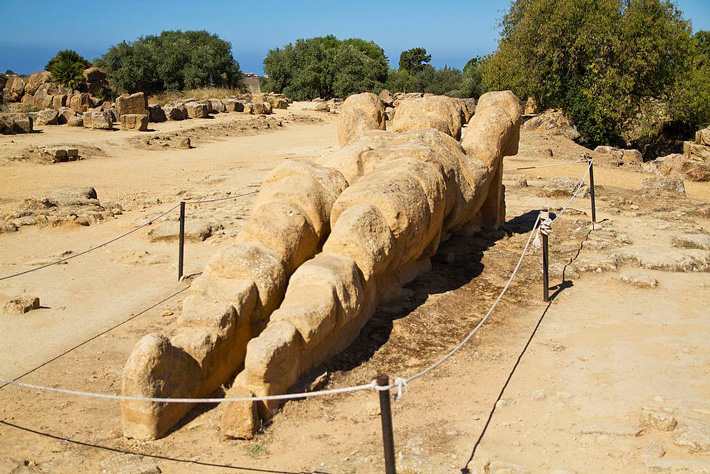 AGRIGENTO, SICILY—The Guardian reports that the ruins of a 26-foot-tall sculpture of Atlas dated to the fifth century B.C. will be reinstalled at the Greek Temple of Zeus at Agrigento, a city once inhabited by as many as 100,000 people. According to Greek mythology, Atlas, a Titan, was forced to carry the sky on his shoulders after he was defeated by the Olympian Zeus. As many as 40 such statues of Atlas may have stood at the temple, which is thought to have been unfinished when the city was destroyed by the Carthaginians in 406 B.C. “The idea is to reposition one of these Atlases in front of the temple, so that it may serve as a guardian of the structure dedicated to the father of the gods,” said park director Roberto Sciarratta. To read about the search for the Greek theater at Agrigento, go to "Sicily's Lost Theater."