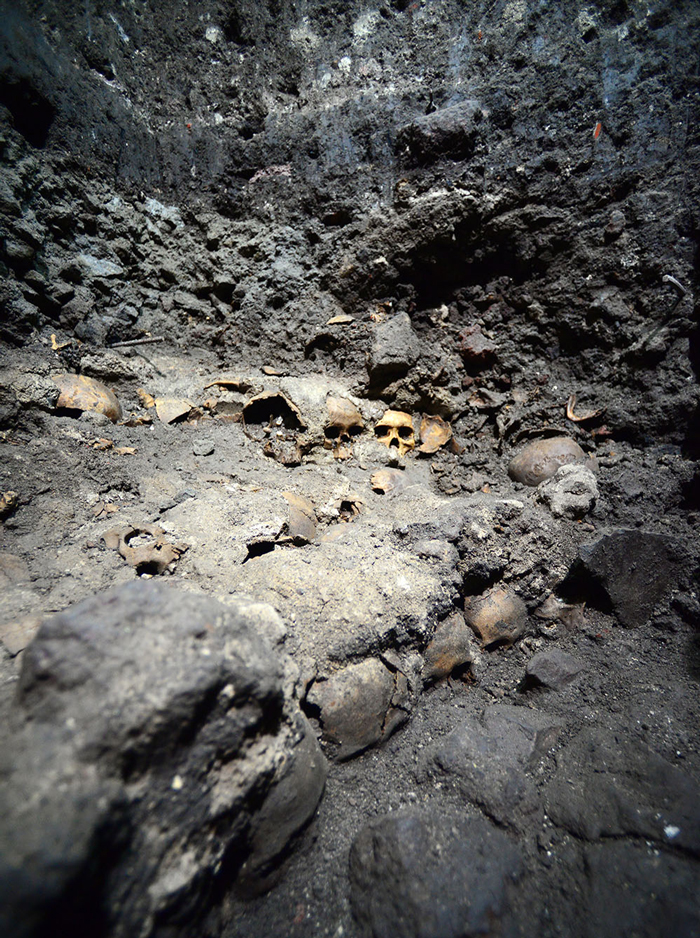 The Aztecs did creative things with severed heads. Archaeologists at Mexico City’s Aztec temple complex have found 35 human skulls mortared together with a mix of sand, limestone, and volcanic rock. Dating from about A.D. 1500, during a late Aztec building boom, the skulls were embedded in a circular inner wall on a ceremonial platform. Unusually, all the skulls were positioned facing the center of the platform, not toward the outside. The Aztecs were known to display heads—facing outward—on horizontal spits known as tzompantli to demonstrate the power of their state, whose capital, Tenochtitlán, lies under the streets of modern-day Mexico City. Almost all the skulls in the wall belonged to young men, suggesting they were captives from wars against neighboring states, says Raúl Barrera, lead archaeologist at the site. The discovery didn’t come as a total surprise; Spanish chroniclers had described the grisly sight in their sixteenth-century accounts of the ancient capital. “We have found the uppermost level of the wall,” says Barrera. “It’s quite likely we’ll find more heads at lower levels.” The exact function of the ceremonial platform is not known, according to Barrera, but it was elaborately constructed with flagstones, volcanic bricks, stucco—and more human bones embedded in its outer walls.