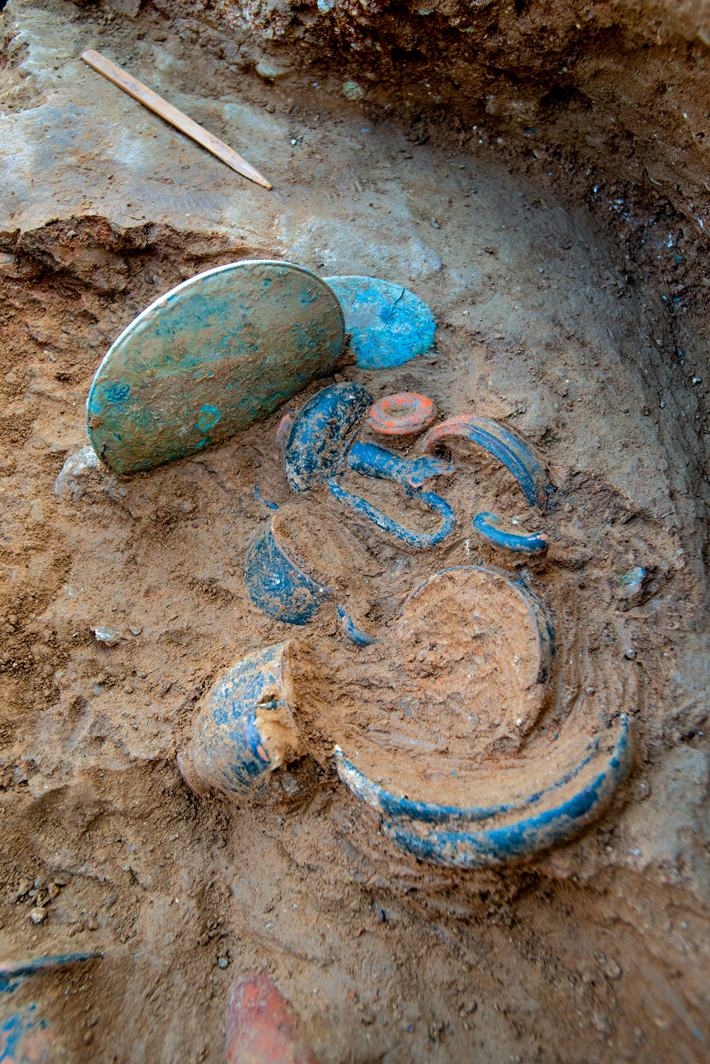 The discovery of a fourth-century B.C. Etruscan burial in Aleria, on Corsica, has yielded new details of the pre-Roman culture’s funerary practices. While excavating hundreds of graves dating from the third century B.C. through the third century A.D. in a Roman necropolis on the island’s eastern side, archaeologists from France’s National Institute of Preventive Archaeological Research (INRAP) found stairs descending to a long corridor and a hypogeum—a rock-cut underground burial chamber normally reserved for high-status individuals—predating the Roman burials. More than 100 tombs of this type were excavated in the 1970s and 1980s at Casabianda, another Etruscan cemetery just to the south.

Sealed shut by clay, rocks, charcoal, and pieces of pottery, the intact tomb contained a skeleton surrounded by collapsed ceremonial furniture, a mirror, and various drinking vessels. “This discovery allows us to understand the internal arrangement of the burial,” says INRAP archaeologist Catherine Rigeade. She explains that there are likely other contemporaneous burials at the site, which would provide additional evidence for an ongoing Etruscan presence on Corsica prior to the Roman conquest of the island in 259 B.C.