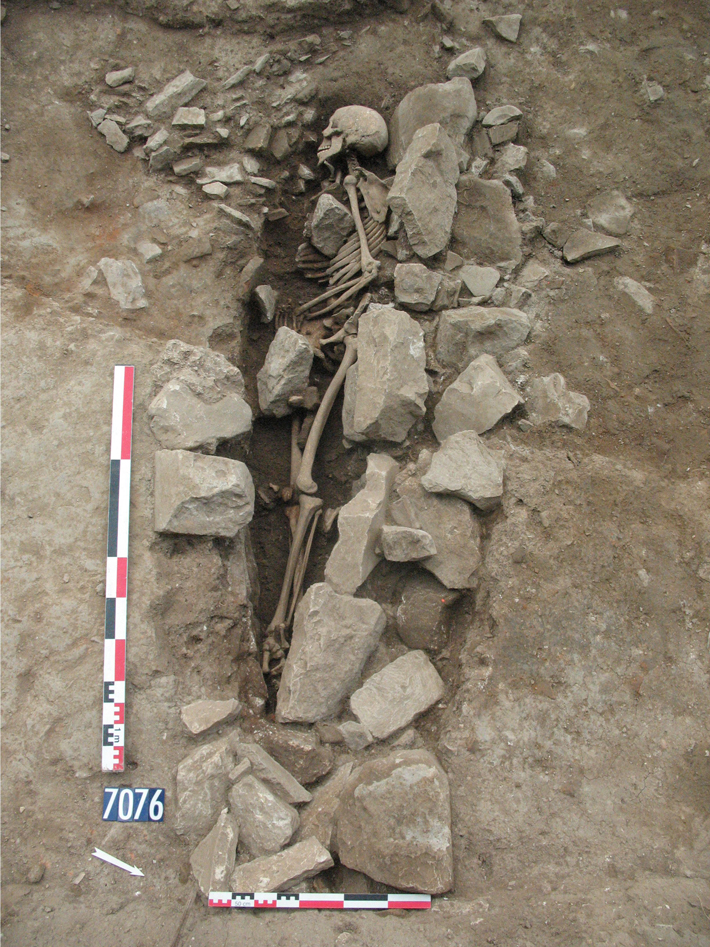 In the eighth century A.D., the Umayyad Islamic caliphate conquered the Visigothic Kingdom, which occupied the Iberian Peninsula and southwestern France. The Muslim presence in Spain and Portugal during this period is well documented, but evidence from north of the Pyrenees has been scant. Now archaeologists believe they have found three Muslim burials in Nimes, France, that date to this period. “The presence of Muslim burials suggests the existence of a Muslim community,” says Yves Gleize of the French National Institute of Preventive Archaeological Research.

In accordance with Muslim burial practices, all three bodies were buried on their right sides, facing southeast toward Mecca, and in one case the arrangement of bones suggests that the body was wrapped in a shroud upon burial. Genetic analysis shows that all three individuals had North African paternal ancestry, leading the researchers to conjecture that they were Berber soldiers, who made up a large portion of the Umayyad forces that conquered the Visigoths.