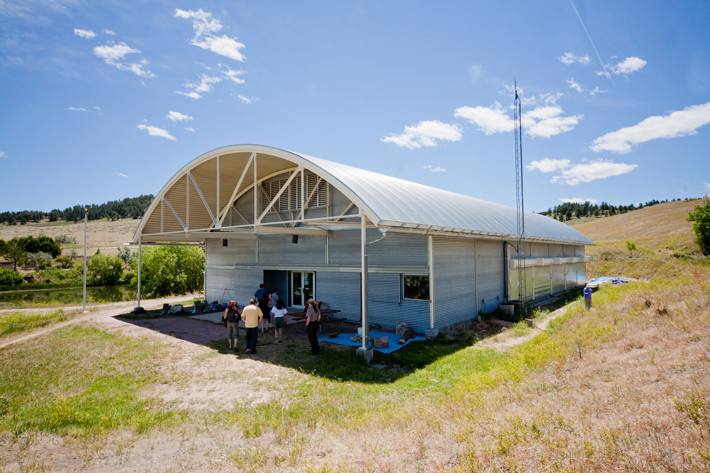 In 1954, two ranchers digging a small pond in Sioux County, Nebraska, stumbled across a bonebed containing the 10,000-year-old remains of up to 600 bison. The ranchers, Bill Hudson and Albert Meng, tried for years to convince professional archaeologists to take a look. Finally, Larry Agenbroad of Chadron State College saw the potential of the site and excavated there for six years in the 1970s. Further excavations have taken place at the Hudson-Meng Bison Kill, as it is known, ever since. The site represents the largest known related to the Alberta Paleoindian culture, and has left an enduring mystery—how all those bones came to rest there—that archaeologists have been trying to solve for more than 40 years.

“Hudson-Meng is a unique place where visitors can come and learn about early humans’ culture and their way of life 10,000 years ago,” says Ryan Means, supervisor of the Hudson-Meng Education and Research Center. “The exciting part is knowing that there is still more evidence waiting to be discovered and interpreted.” 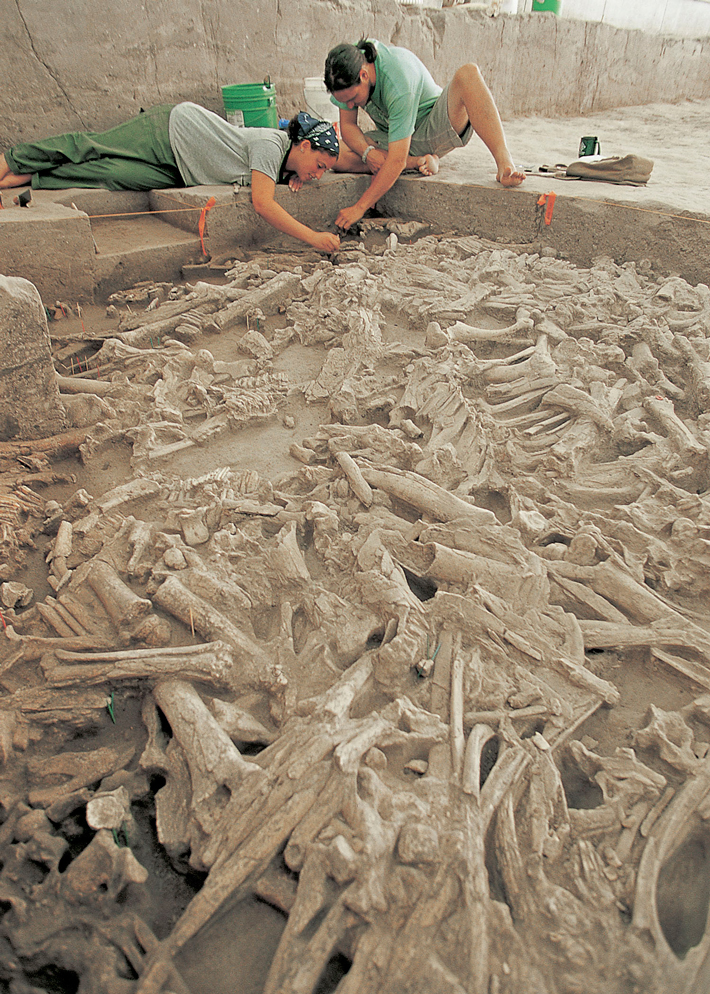 The bonebed is the size of a football field, and much of it now lies under a climate-controlled shelter. In addition to the massive layer of bones, Alberta projectile points and tools have been found in and around the site. There have been several excavations over the years, and each research team has had its own explanation for how the bonebed formed. Agenbroad believed that hunters had driven bison over the edge of a steep cliff nearby several times over a few weeks. Larry Todd of Colorado State University and David Rapson of the University of Wyoming, who excavated there in the 1990s, theorize, instead, that the bison died naturally, and that humans occupied the site later. Mark Muñiz of St. Cloud State University, the last to excavate there, in the 2000s, has found evidence of a series of occupations, suggesting that humans traveled to the area to hunt seasonally. Visitors can watch, and even volunteer to help, as a new generation of scientists searches for additional clues.

Hudson-Meng is located in the Oglala National Grassland, where a memorable three-mile trail connects the bonebed to Toadstool Geologic Park, known for its haunting sandstone formations and abundance of fossils. Hearty Western country fare can be found in nearby Crawford, and several other famed attractions are not far away: Mount Rushmore or Badlands National Park can be reached in just two hours.