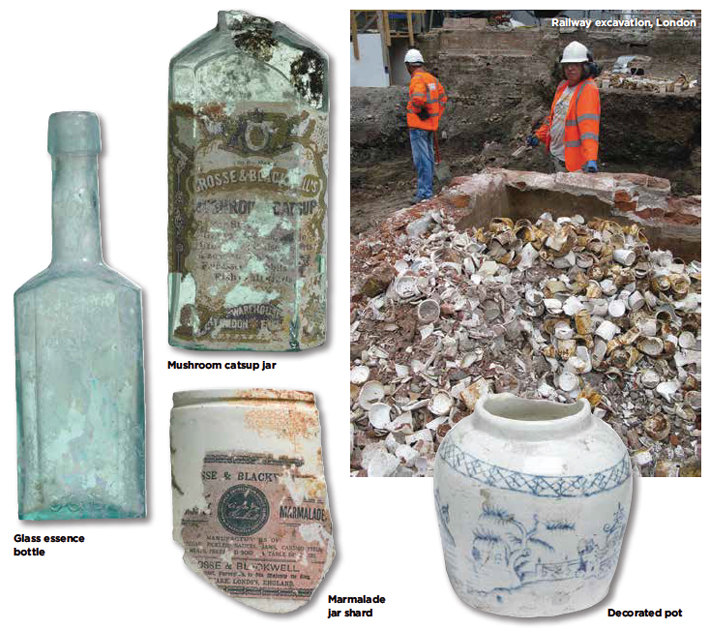 More than 13,000 jars and ceramic pots that once held jams and other condiments from the Victorian era were unearthed during construction of a new railway station on Tottenham Court Road in London’s West End. The containers—four tons in all—were found in a cistern at the site of a Crosse & Blackwell factory and warehouse that operated from 1830 until 1921.

The cistern probably held water used to provide steam power and was rendered unnecessary due to renovations carried out in the 1870s, according to Nigel Jeffries, an archaeologist with Museum of London Archaeology. “I think it was a very swift accumulation,” he says. “The cistern was probably filled over the course of a couple of weeks.” Most of the containers appear to have been discarded intact, and the labels of many remain legible. The range of condiments represented—from marmalades and jams to mushroom catsup, piccalilli, and chutneys—illustrate how once-conventional British tastes at the time were broadening to include flavors from India.