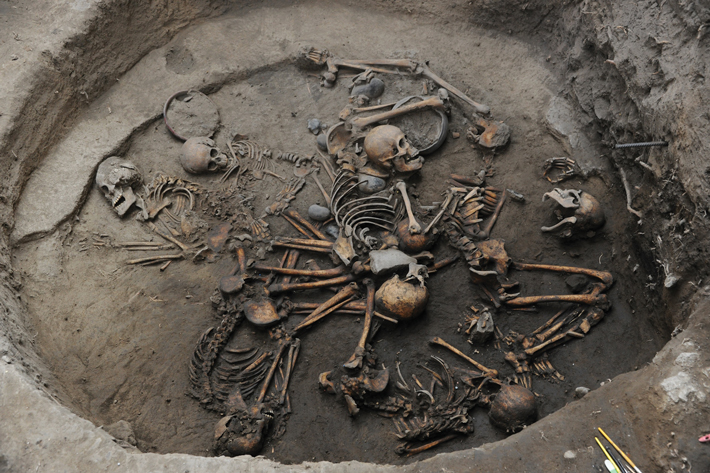 A rare circular burial found at the site of Tlalpan in southern Mexico City holds the remains of 10 males and females ranging in age from infancy to adulthood. The burial dates to approximately 2,400 years ago, a period when state-level societies were beginning to take shape in the Valley of Mexico. Some of the skeletons in the 6.5-foot-diameter grave show signs of intentional skull deformation and tooth filing, which were common practices in later Mesoamerican civilizations. The arrangement of the skeletons suggests to archaeologists that the burial could symbolize the stages of life, progressing from young to old.