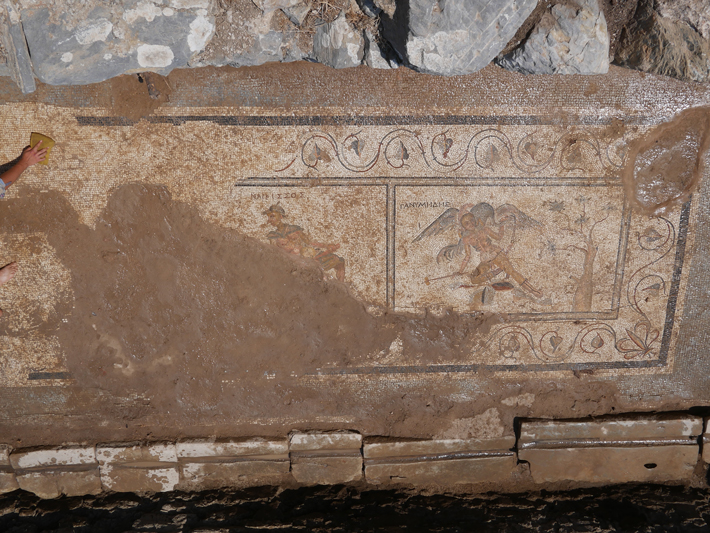 A public latrine used by ancient patrons of a large bathhouse and government officials who worked nearby is the setting for a recently discovered, somewhat bawdy mosaic. A team from the University of Nebraska had been excavating the site of the city of Antiochia ad Cragum on the south coast of Turkey for more than a decade when they uncovered the second-century A.D. mosaic, which features humorous takes on famous Greek myths. One panel portrays Narcissus, the boy who fell in love with his own reflected image. Here he is infatuated with a rather more intimate part of his anatomy. Another panel shows Ganymede, cupbearer to the gods, offering up the ancient version of toilet paper. Project leader Michael Hoff explains that Romans weren’t squeamish about depicting bodily functions and sexuality. “One only has to visit the houses of Pompeii to see that images of sex and nudity were commonplace and visible to all, regardless of gender or status in society,” he says. Hoff adds that while the majority of Antiochia ad Cragum’s residents were not of Greek or Latin heritage, the mosaic demonstrates that Greek myths were almost universally understood in the far-reaching Mediterranean world.