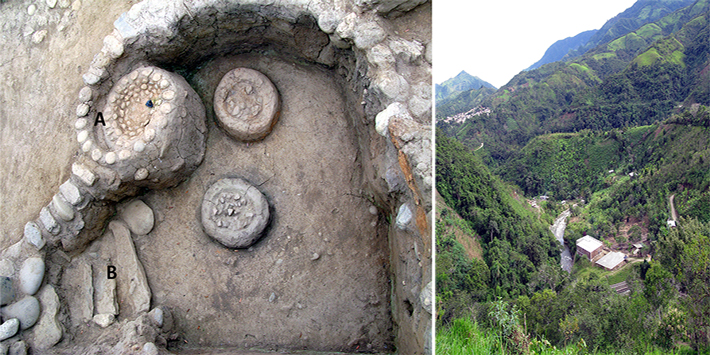 Cacao seeds, the raw material used to make chocolate, were being consumed in southeastern Ecuador much earlier than archaeologists have thought. The evidence comes from chemical analysis of bottles found at an ancient village now called Santa Ana-La Florida. "We were surprised at how clear the evidence of cacao use is 5,300 years ago and that it continues throughout the 3,000-year history of the site," says archaeologist Michael Blake of the University of British Columbia.

Ancient Ecuadorean cacao was, in all likelihood, not made into candy bars or anything else resembling modern chocolate. The people fermented the seeds and then dried and ground them to make a beverage. Modern indigenous people in Ecuador use cacao as a medicine and a stimulant, as well as an ingredient in food and drink. Domesticated cacao, researchers suggest, was traded from South American to Meso-american cultures, such as the Maya and Aztecs, starting at least 3,900 years ago.