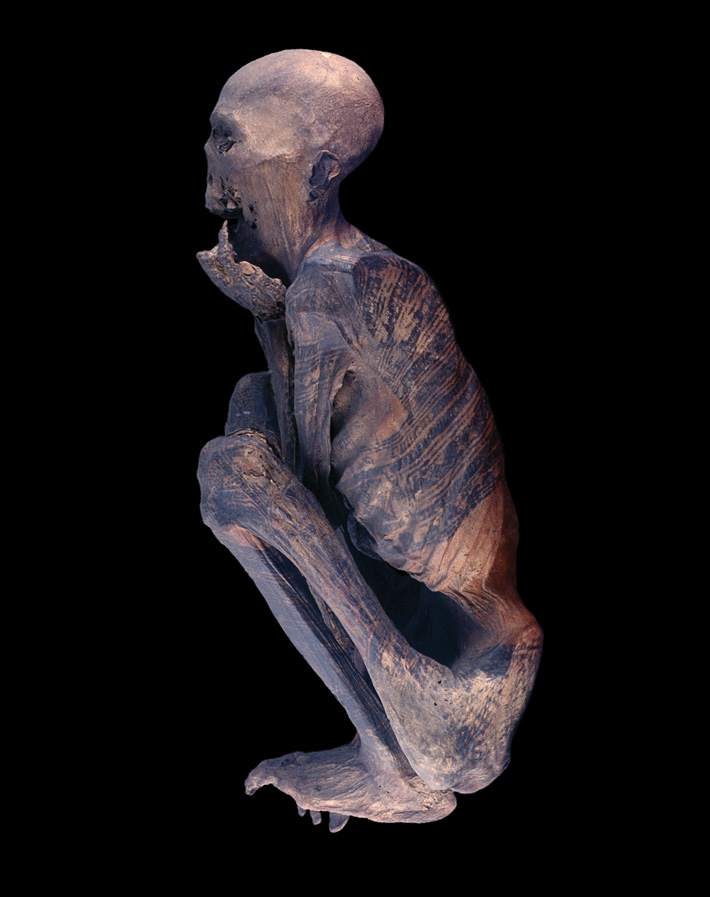 An indigenous people known as the Ibaloi once mummified their honored dead and laid them to rest in hollowed logs in the caves around what is now the Filipino municipality of Kabayan. In life, these ancient people had won the right to be covered in spectacular tattoos depicting geometric shapes as well as animals such as lizards, snakes, scorpions, and centipedes. “According to nineteenth-century ethnographic accounts, Ibaloi head-hunting warriors revered these creatures as ‘omen animals,’” says Smithsonian anthropologist and tattoo scholar Lars Krutak. “The sight of one before a raid could make or break the entire enterprise.” After successfully taking the head of an enemy in battle, a warrior would have these propitious animals permanently etched onto his body. Some Kabayan mummies also feature less fearsome tattoos, such as circles on their wrists thought to be solar discs, or zigzagging lines variously interpreted as lightning or stepped rice fields. “All these tattoos seem to depict the surrounding environment,” says Krutak, who notes that the increased attention paid to the mummies in the last decade has helped fuel a resurgence in traditional tattooing, which had largely died out. Today, thousands of people tracing their descent to the ancient Ibaloi wear designs on their skin modeled after those of their ancestors.