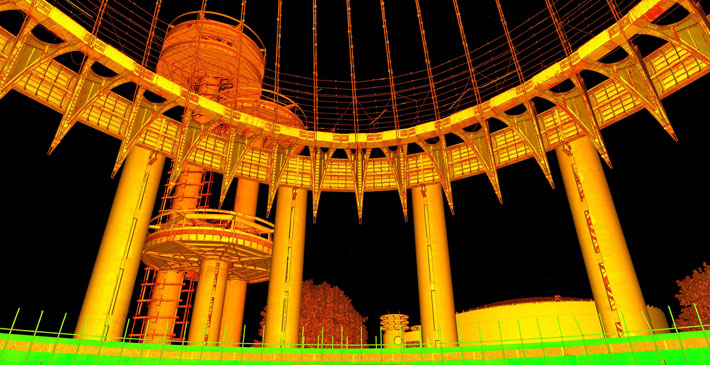 A half-century after it was built for the forward-looking 1964 New York World’s Fair, the New York State Pavilion in Queens is at once iconic and run-down. The site consists of three parts—the Tent of Tomorrow, three observation towers, and the “Theaterama.” The city has just budgeted millions for restoration work that will change the site forever. A team led by Lori Walters of the University of Central Florida has stepped in and is using 3-D laser scanners to record the structures’ current state. Ninety-six highly detailed laser images will be stitched together to produce a digital replica—and to help preserve past notions of what the future might be like.