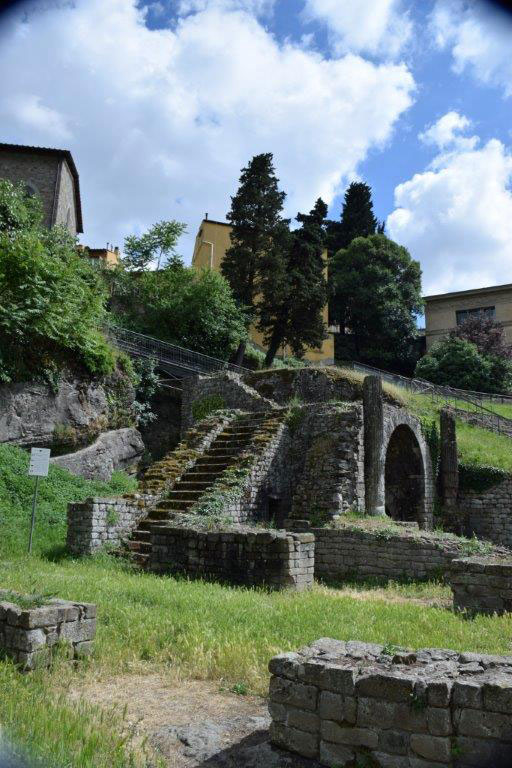 Just 20 minutes by car from the center of Florence, Italy, the town of Fiesole boasts great restaurants, shops, and incredible views of Florence’s iconic skyline from the hilltop monastery of San Francesco. Fiesole is rich in Roman ruins and provides significant insight into the development of the area’s older Etruscan civilization. The Etruscan town likely dates back to the ninth and eighth centuries B.C., and the settlement reached the height of its prosperity between the fifth and second centuries b.c. Archaeologist Marco de Marco of the Civic Archaeology Museum of Fiesole says that Vipsl, as ancient Fiesole was known, owed its fortunes to its strategic position on the roads linking central-southern Etruria to the Po Valley. This period came to an end with the Roman conquest of Fiesole in 90 B.C., which resulted in the destruction of most Etruscan buildings there.

Today, there are three main Etruscan features still visible. An Etruscan temple was found on the north side of the town, and archaeologists have been able to reconstruct its original layout from surviving pieces of its walls. City walls dating to the fourth century b.c. are also visible, and extend for approximately a mile and a half around the city. Outside these walls are the remains of Etruscan tombs known as the Via Bargillino tombs. Six in all, they date to the third century b.c., and consist of large stone slab walls and roofs. The Civic Archaeology Museum holds the tombs’ contents, including pottery, weapons, and tools. The Romans left their own mark on Fiesole after a brief period of abandonment following the conquest. In addition to reorganizing and rebuilding the original Etruscan temple, the Romans constructed both a theater and baths, as they did in many towns and settlements. The semicircular theater is one of the best preserved in Tuscany, and includes parts of the original seating (cavea), exit tunnels (vomitoria), and entrances. 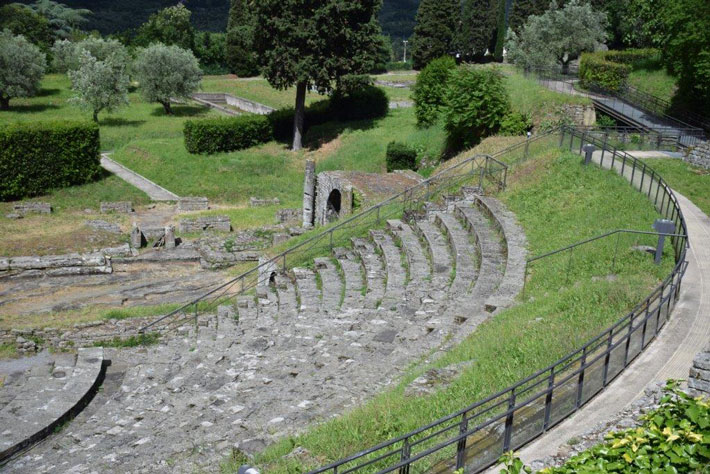 The Civic Archaeology Museum of Fiesole documents the ancient history of the area, and includes more than 150 ancient Greek and Etruscan ceramic pieces. Nearby is a museum that covers a more recent period, the Bandini Museum, with spectacular Florentine paintings from the twelfth to fourteenth centuries a.d. Every Tuscan trip is a feast for all the senses, so be sure to try one of Fiesole’s ristorantes, trattorias, osterias, or pasticcerias.