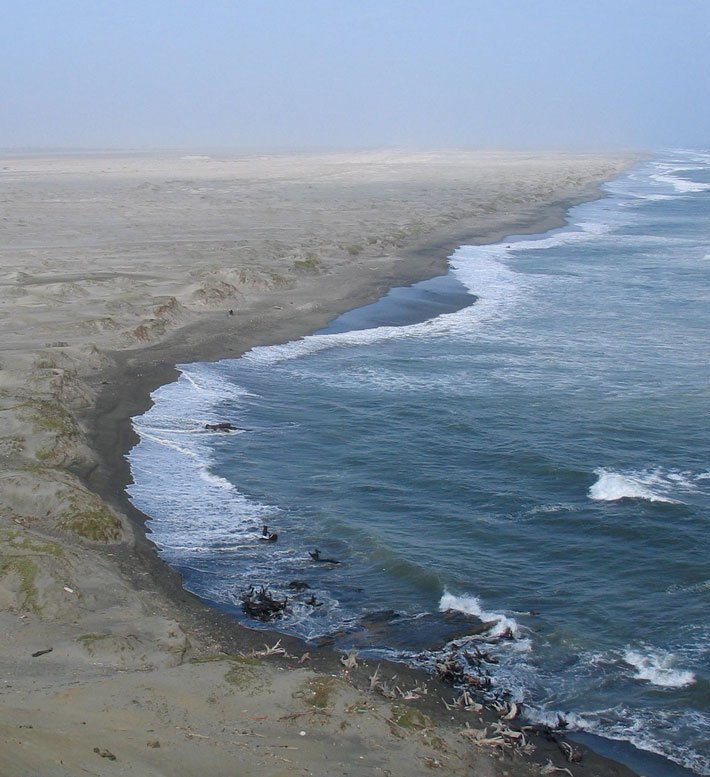 On the north coast of Peru near the Chira River, the beach is made up of a series of ridges—sand dumped by fierce El Niño storms—big enough to be seen in satellite images. Dan Sandweiss of the University of Maine believes that these ridges used to be larger and more numerous. His research team investigated enormous deposits of clamshells on the coast and showed that, for more than 5,000 years, people had been harvesting huge amounts of shellfish there. The shells were then discarded on the beach as garbage, with the effect of helping to stabilize the sand and keep it from being blown or washed away by the relentless winds and surf. In 1532, however, the Spanish Conquest brought disease and economic reorganization that left the area depopulated. Without anyone remaining to discard clamshells on the beach, the huge sand dunes they once solidified have, over time, been reduced to nothing more than a string of sand piles—showing just how much human presence, and absence, can shape landscapes. The lesson, according to Sandweiss, is that “whatever we do, it has unintended consequences.”