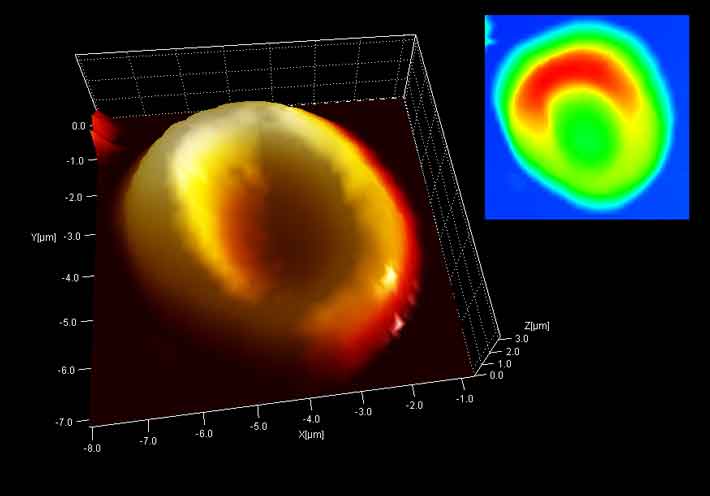 Some 5,300 years ago, a man now known as Ötzi died high in the Tyrolean Alps from an arrow wound to his chest. Now German and Italian researchers have recovered two intact red blood cells from the arrow wound and another corpuscle from a wound on his hand. The blood cells appear normal—even after five millennia under a glacier. They are the oldest known intact cells ever recovered from a mummy. The discovery opens the way to analyze Ötzi’s blood for diseases and to understand his general state of health. The researchers have now moved on to the contents of Ötzi’s stomach.